Cedric Stephens | Garbage in, garbage out 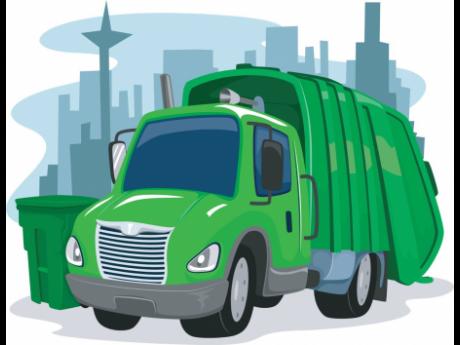 QUESTION: I had an accident on June 27, 2018. A garbage truck hit the back of my vehicle at a traffic light-controlled intersection. My car was stationary. Another vehicle was in the right lane. The left was empty. The truck hit both vehicles. I suffered a spinal injury. As a result, I was placed on unpaid sick leave for five months. I am still unable to complete a full week’s work. The owner said he would not be reporting the accident to his insurer.

I hired a lawyer and got reports from the police and a doctor. The lawyer contacted the garbage truck’s insurer. They told him that they are trying to contact their insured. Eight months later, nothing has happened. I have no confidence in the lawyer. No one ever calls me. How much time does an insurer give to a policyholder to report an accident? How long does an insurer normally take to settle a claim like mine? − C.B., Montego Bay, St James

INSURANCE HELPLINE: Matters of law, human behaviour, insurance and insurance regulation are among the things that affect your claim. It is not simply a matter of insurance contract law.

My first step in attempting to offer guidance to help you resolve the claim began with a look at the Road Traffic Act 2018, the RTA. Even though this law is not presently in effect, it provides another insight into the actions of the truck owner at the scene of the accident.

The act also refers to the motor vehicle insurance law.

Sub-Section (2) continues: “Where, after a collision, the driver of the motor vehicle for any reason does not give his name and place of residence to any person as mentioned, the driver shall report the collision at the nearest police station or to a constable as soon as is reasonably practicable, and in any case, within 24 hours of the occurrence of the collision.”

Some motorists, like the truck owner, believe that by deliberately not reporting an accident to their insurer that they can get off the hook. They are wrong. Non-compliance with Section 70 of the RTA is a criminal offence.

Also, lawmakers amended the Motor Vehicles Insurance (Third-Party Risks) Act, MVITPRA, nearly two decades ago to prevent motor insurers from refusing to pay third-party claims in cases where motorists chose not to report accidents as required by their policies.

Motor insurance policies in Jamaica generally say policyholders must provide “full details of any loss, damage or accident in writing within 30 days of the incident”.

This simple statement can be interpreted to mean many things. One is that if an accident is never reported, or it is reported 60 days afterwards, the insurer could refuse to pay. If this were to occur, the innocent third party would bear the costs associated with the accident while the negligent driver would escape responsibility.

This means that provided a third party can prove that the accident occurred, and his property was damaged and/or that he was injured, the insurer cannot legally use the excuse that since the owner/driver failed to report the accident they are not liable.

Many insurance company employees, brokers and even lawyers are ignorant of this section of the Act. They continue to tell claimants and their attorneys that they are trying to contact policyholders long after it becomes obvious that an accident report will not be filed.

The putting fair treatment doctrine that was recently introduced by the insurance regulator, is intended to protect claimants like you. Your plan to bring this unfortunate saga to an end should include having a frank discussion with your lawyer and/or firing him.

Tell him about Section 8 of MVITPRA and finally, inform the insurer that you are no longer willing to accept the ‘waiting to contact the truck driver’ excuse. The negotiation of the settlement phase of the claim should now begin.