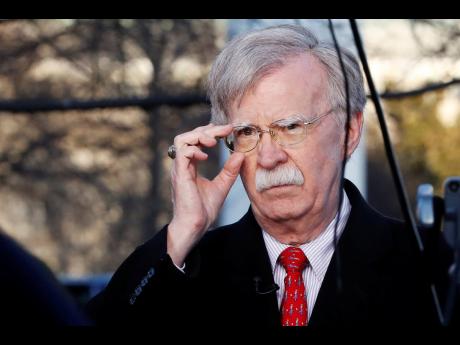 From Iraq, through Libya to Syria, the approach to regime change by the United States and its allies has been to support the removal of a disliked government with little serious thought as to the broader consequences.

Absent in these and other lower intensity conflicts has been any informed long-term thinking or planning about the ensuing instability, the multiple damaging effects on neighbours, or the additional cost in human suffering an intervention causes.

In reality, induced or supported regime change requires detailed and sustained attention by those involved long after the event to ensure order, security, stability and economic growth if the ordinary citizens of the nation concerned are to see tangible benefits.

Despite this, the mantra continues to be that once change has occurred the citizens of the country concerned must pick up the pieces and barring a modicum of support, set their state to rights and vanquish dissidence, so that those involved in engineering the outcome can turn their gaze elsewhere.

While there are signs that some attention is being paid to economic and humanitarian issues by the IMF and others if the Maduro government were to fall in Venezuela, Washington is already talking about engineering change elsewhere in the hemisphere.

Interviewed on March 3 on CNN, John Bolton, the US National Security Adviser, made clear that the Trump administration has as an objective an interventionist interpretation of the Monroe Doctrine.

“In this administration, we’re not afraid to use the phrase Monroe Doctrine,” Bolton said in answer to a question. It has been, he said, “the objective of presidents going back to Ronald Reagan to have a completely democratic hemisphere”.

He made clear that in Latin America and the Caribbean the stance that the Trump administration will take is unlike that elsewhere in the world when it comes to leaders it regards as autocratic. The situation is different in Venezuela he said, “because this is a country in our hemisphere”.

His remarks follow others by the US president, the US secretary of state and senior officials attacking socialism and the human rights records of Venezuela, Cuba and Nicaragua, nations that Bolton has previously described as ‘the Troika of Tyranny’: language noticeably absent from US rhetoric about North Korea, China or Vietnam.

Recent comments suggest that Cuba is next on the list of states the US wishes to sanction and change.

Speaking recently to the Colombian newspaper El Tiempo, Mauricio Claver-Carone, the senior director of Western Hemisphere Division of the US National Security Council, placed US policy towards Cuba in a hemispheric context. He suggested that Havana’s support for Venezuela and the Maduro government was intended to avoid US pressure being turned towards it, saying that “the only way to counteract (Cuban) influence in Venezuela” would be to increase US pressure on the Cuban government.

His remarks were followed a few days later by the announcement on March 4, by the US Secretary of State Mike Pompeo, that Title III of Helms Burton will only be waived for an additional 30 days to April 17, 2019. This is the Title that allows registered US claimants of expropriated assets to take legal action against companies and individuals deemed to be making use of (trafficking) in such assets.

According to a senior US official speaking non-attributably, the decision to shorten the waiver was to make a determination on “how this is affecting the calculus of others” and to encourage those doing business there to reconsider. The action was, the official said, “necessary to the national interests of the United States and will expedite a transition to democracy in Cuba”.

The briefing made clear that further sanctions may follow, and that the Trump Administration would “support efforts by the Cuban people to bring reform to their country”.

The official also said that the US would monitor the impact of the suspension and continue to encourage international partners to hold Cuba accountable for propping up the Venezuelan government.

While some US officials are clearly concerned about the possible reaction of the EU, Canada and other allies that remain committed to the Obama policy of dialogue, one of the principal architects of the Trump administration’s thinking on Cuba is not.

Commenting on Twitter on the Title III decision, Senator Marco Rubio, who is close to Bolton and Claver-Carone, described it as “the first in a series of steps to hold the regime in Cuba accountable for its 60 years of crimes and illegality which includes its support for the murderous #MaduroCrimeFamily”.

His comments come as further measures are being considered that could make trade and investment in Cuba difficult at a time when country is facing a period of greater austerity.

Beyond permanently ceasing to waive Title III of Helms Burton, the US is believed to be considering targeted sanctions on Cuban officials believed to be involved in Venezuela; returning Cuba to the US list of State Sponsors of Terrorism; conducting a review of all US business licences; and restoring the parole programme that encourages the defection of Cuban doctors on medical missions abroad.

More generally, it would seem that the US is now intent on moving against any nation in the hemisphere that it sees as antipathetic to its interests.

It is a policy that begs the question as to where this will end, let alone what the consequences will be in an economically challenged Cuba where defeat would not be an option for the vast number of Cubans of all ages who first and foremost remain deeply committed nationalists.

The visible abject failure of Venezuela to care for its citizens should not mean that the same response is applicable elsewhere in the region. While there may be a strong case for Cuba to develop a more efficient, liberal and productive economic and political model, that is a matter for its people to decide in their own time.

Some argue that recent US statements about ‘the troika’ are about US domestic politics, but the content of what is being suggested indicates something more.

The Caribbean shares the same sea as Venezuela, Cuba and Nicaragua. Washington, therefore, owes it to the region to explain how its ideologically driven hemispheric policy will achieve lasting stability, exactly what its reassertion of the Monroe doctrine means, and how it intends containing the damage that might follow any new confrontation.