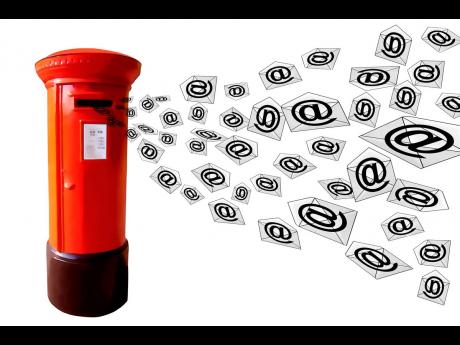 Is there such a thing as email prowess? And is it important enough to be one of the core criteria for promotion?

Many would disagree, but there’s evidence which suggests that electronic messaging is no longer a diversion from your work, but an essential component.

It’s fair to say that most managers see email as a nuisance, an activity they would gladly do without. Professionals from an older generation can remember a simpler age when it did not exist. They recall the false promise made that it would save time, a goal it certainly has never achieved.

Now, it’s become an obligation – a burden which distracts and takes attention away from the real jobs managers are supposed to be doing. If it were to disappear or be banished, many would cheer with relief.

Of course, that’s wishful thinking. Asynchronous electronic messaging isn’t going anywhere, even if it gets a slight makeover via tools like WhatsApp. The benefits it brings are far too great and there’s not a single company which has avoided the culture change it has wrought.

Amidst this transformation, managers don’t understand their role as a skilful user of email. Here are three research-based conclusions which illuminate the need to develop this skill long before a promotion is contemplated.

Researchers at Microsoft have been mining email usage data for several large companies for many years. Their expert analyses can predict how well a team performs. A key factor in measuring employee satisfaction is how quickly managers respond to messages sent by their direct reports.

This makes perfect sense. Managers who become the bottleneck to their team’s proper functioning can create havoc, bringing all work to a standstill.

Further research shows that the size of a manager’s email network also has an impact. Those with small networks tend to wield little influence, thereby putting the unit’s mission at risk.

Finally, managers who send email outside of working hours while insisting on immediate responses have an adverse effect on work-life balance. They merely have to forward a single short message to upset a subordinate’s weekend, vacation, holiday, sick-day or labour pains. Ask around in your company and you may hear some real horror stories.

Collectively, these findings put to bed the notion that a manager’s email skills don’t matter. Unfortunately, many who are promoted fail to understand the centrality of these skills to their new role and never become proficient. As managers they lament that they’re really bad at email.

The quantity of managers who complain about their email volume is startling. To hear them tell it, they have nothing to do with the number of messages they are obliged to process each day. They are victims.

While this particular nonsense has no place in the managerial ranks, the company that fails to teach the right lessons to its staff fosters its continuance. In the cases where the executive are the worst complainers (and offenders) the entire firm suffers. All firms must therefore give staff the skills to manage ever-increasing volumes of email.

In a June 2012 Gleaner column entitled “How executives unwittingly turn employees into morons”, I shared a true story. A vice president consistently and blindly ruined the productivity of those around him by insisting on replies to his messages within an hour. His ignorance and the ripple effect it produced could have been avoided with the right intervention customized for his level.

That training would have reshaped the common understanding. Email messaging is a multi-faceted activity that requires a number of simultaneous skills: operational effectiveness, writing, call-to-action crafting, reading between lines, tone management, plus others.

They don’t come without effort and practice, yet most companies are blind to studies showing that the average manager spends 20 per cent of his day on this task. The cumulative time spent producing and processing poor quality messages is immense.

Traditionally, human resource or HR departments have been one of the least productive units in this area. When email was first rolled out, the department was often the last to adopt the new technology. Playing catchup ever since, many HR professionals live in a perpetual email backlog, use poor techniques and never move beyond the basics.

As a result, they aren’t role models.

Instead, most staff members are left to fend for themselves. This means that promotions occur without these skills being taken into account. If the 20 per cent statistic is true, and email has the multiplier effect we just described, then the problem in your company is probably expanding as volumes increase.

In most firms, this logjam can only be broken by top leadership, which must start by taking responsibility for its own lack of skill. After a good intervention, the frequent complaints about email should be replaced by positive, collective action and include everyone who sends electronic messages.