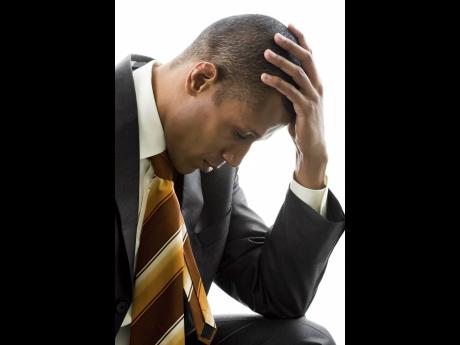 Even when an employer has good, substantive grounds for the dismissal of an employee, that employer can be found to have unjustifiably dismissed the employee by Industrial Disputes Tribunal (IDT) if the proper procedure was not followed.

Unfortunately, nowhere in the Labour Relations Code does it set out the procedure that must be followed in disciplinary proceedings, as required by the IDT.

This focus on procedure has caused great difficulty to employers.

While on one level it may be considered to be a social good that there are more avenues for the protection of employee rights, it must be balanced with fairness to the employer as well. There should be a clear system in place that both parties can readily access and understand, when interacting with each other in an employment environment.

If the code is ‘law’, then employers and employees need to have a clear understanding of when they are operating in breach of the law.

In practice, even when employers seek to apply the provisions of the code in their businesses, it is a veritable minefield. Some of the questions an employer is faced with at the IDT, none of which is specifically set out in the code, are:

• Did the person who signed the charging letter, which informed the employee of the charges against him, participate in the decision to terminate?

• Was the employee provided with copies of all the documents being relied on at the hearing?

• Was the employee permitted to face his or her accusers? If so, by what method?

• Was sufficient time given between the delivery of the charging letter and the date of the disciplinary hearing?

Since 2010, there have been a number of cases where the IDT has ruled against the employer, and found that the employee was unjustifiably dismissed, solely on the basis that the employer did not follow the correct procedure, despite there being good, substantive grounds for terminating the employee.

Whether one is a large business that employs thousands of employees, or there is a dispute between a domestic worker and employer, the code, in its current form, makes no differentiation in the systems the employer should have in place and the process that should be followed.

It makes no allowances for the fact that a small business environment is unlikely to have the resources, or the knowledge, to put in place a comprehensive or, indeed, any form of disciplinary procedure that would meet the requirements of the code, as interpreted by the IDT.

In other jurisdictions, there are monetary caps on the awards which can be made, significant filing fees to limit frivolous claims, and reasons for dismissal, which are deemed fair and unfair.

In the absence of a cap on awards, significant economic hardship can occur in respect of small businesses that are subject to large awards being made in favour of former employees.

There is no procedure in place requiring the IDT to make enquiries into the financial capability of an employer before an award is made.

The Privy Council itself, in the July 2017 decision of University of Technology Jamaica v Industrial Disputes Tribunal and Other, stated the following:

“Three points about this statutory framework are noteworthy. First, the emphasis throughout is on the settlement of disputes, whether by negotiation or conciliation or a decision of the IDT, rather than upon the determination of claims. Second, where the dispute relates to the dismissal of a worker, the IDT has a range of remedies, where ‘it finds that the dismissal was unjustifiable’. Third, its award is ‘final and conclusive’ and no proceedings can be brought to impeach it in a court of law ‘except on a point of law’. This is the sum total of the guidance given by the LRIDA in relation to the dismissal of workers.”

Whether we, as a country, in seeking to achieve greater clarity and fairness in revising the provisions of this ‘law’ utilise some or all of the above concepts, is a decision for our policymakers.

Whatever course we choose to take, it is indisputable that the Labour Relations Code, which came into being in 1976, and has not been amended since its original passage, is in dire need of revision.

Emile Leiba is an attorney-at-law in the Kingston office of the DunnCox law firm.emile.leiba@dunncox.com