Christina Brown | Building for the future 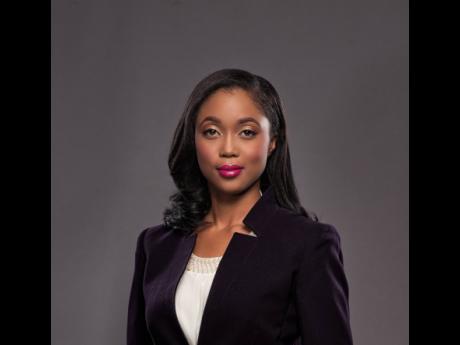 Over the years, both man-made and natural disasters have threatened Jamaica’s built environment.

There was a dire need not only for a modern building code but also for appropriate legislation to enforce the code to ensure safety in the built environment.

In response to this need Parliament passed the Building Act of 2018, which came into operation on January 15, 2019. It repealed the Kingston and St Andrew Building Act and the Parish Councils Building Act and makes new provisions for the regulation of the building industry in Jamaica.

Although the regulations made under the repealed acts were preserved, new regulations will soon be promulgated.

The Building Act generally applies to building work and the change of building use in Jamaica, whether constructed before or after the date that the law took effect.

‘Building work’ refers to the design, construction, erection, alteration, repair, extension, modification, demolition or removal of a building and all related activities; while ‘building use’ includes activities done in or on a building.

Although certain categories of building work are exempted, they may still be subject to the provisions of the act if the local authority decides it is in the public interest, and that the authority must weigh the objectives of the new law in determining what constitutes ‘public interest’.

The act establishes a National Building Code for Jamaica, which is comprised of a series of regulations for different categories of building work. The Jamaican code comprises the International Building Code, and 11 documents declared by the Bureau of Standards Jamaica to be standards of specification.

The Bureau of Standards is identified in the act as the body responsible for making recommendations to the Minister with respect to the National Building Code, determining the extent to which the international codes apply to Jamaica and recommending accreditation standards relating to building work, building material or products, construction methods, design, building components and building systems connected with building work.

The municipal corporation for each parish is designated as the local building authority and is generally responsible for the administration and enforcement of the provisions of the Building Act, the National Building Code and any regulations made under the act.

In the event of a building breach, the local authority may serve notice on the responsible party requiring that person to remedy the breach, whether by cessation of work or otherwise; issue stop notices and enforcement notices where the local authority suspect that building work is unauthorized or hazardous to the public; and has the power to apply to the court for an injunction in the event of failure to comply with the notices.

Emergency orders may be issued by a local authority if it is of the opinion that the condition of the land on which building work is being carried out is hazardous to any person. These orders may require a land owner or occupier to evacuate the building or require the builder to cease the building work.

The act establishes a Building Appeal Tribunal and confers on any aggrieved person a right of appeal to the tribunal against a decision made by the local authority in relation to matters such as the refusal of applications for, or the suspension or revocation of a permit, licence, certificate, notice order or other authorization under the National Building Code or any other regulation under the act.

The local government minister recently warned that the provisions of the Building Act will be rigorously enforced.

The owners of existing buildings and persons who intend to construct in the future should ensure they adhere to the current building standards. By doing so, they will not only be avoiding penalties but they will also be contributing to the strengthening of the built environment in Jamaica.

It is hoped that the new legislation will lead to benefits such as an improvement in Jamaica’s world ranking in dealing with construction permits, greater resilience of buildings to man-made and natural disasters, and a reduction in informal housing in urban and rural areas.

Land developers are encouraged to take the necessary steps to ensure that the design and construction of future buildings will promote water conservation and energy efficiency.

Building professionals, who are often relied upon by home buyers and developers for their expertise in construction practices, will play a key role in fostering compliance with the National Building Code. As such, it is important for these professionals to adequately familiarise themselves with the current standards to ensure they are correctly applied to future building work.

Christina Brown is an attorney in the Kingston office of the DunnCox law firm.