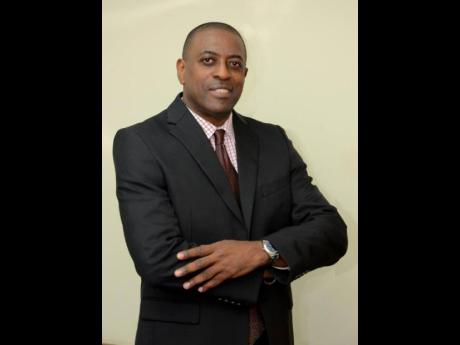 Effective immediately, Jamaica Mortgage Bank (JMB) will be reducing the ­premium rate for mortgage indemnity ­insurance (MII) coverage by up to 29 per cent.

The MII, rates which were seven per cent of mortgage loans, will now be cut as low as five per cent, said JMB General Manager Courtney Wynter on Monday.

Wynter explained that for individuals with lower risk, the new premium will be 5.5 per cent of the mortgage.

This discount, he noted, is passed on to homebuyers by mortgage lenders who subscribe to the MII and who build the insurance charge into the cost of the loan to individuals.

“The reduction in the MII rate will lower the upfront transaction cost or lower the cost of the mortgage for those who choose the option of adding the premium to their loan,” Wynter said.

The MII portfolio is currently ­estimated at $600 million. The rate cut is meant to stimulate demand for the MII facility, alongside other changes to the insurance programme, said the mortgage banker.

The JMB has removed the limit on the appraised value of residential ­property that will be insured; as a new offering, lenders can now ­provide ­mortgage insurance on new ­commercial ­properties with appraised values of up to $100 million; and the one-time administrative fee for MII transactions will be cut from $2,500 to $1,000.

“The fund has the capital strength to facilitate such a reduction in the short to medium term,” said Wynter, “but we believe the long-term growth will offset any reduction in premium revenues.”

JMB’s primary business line is ­housing construction finance, but it also provides mortgage ­indemnity insurance through the MII Fund that it operates.

The mortgage bank’s other lines of business include buying and ­securitising mortgages for sale on the capital markets, and project-­management services, including for Jamaicans who live in overseas but want to build on the island.

Wynter is projecting 10 per cent annual growth for the fund, with the rate reduction.

As to the new commercial insurance offering, he said JMB forecasts that it will lead to a take-up of the MII in the commercial segment of the real estate market, given the growth in the ­construction sector.

But it will be going against other commercial development insurance providers, Massy United Insurance and BCIC. Wynter also says some “claim to self-insure against defaults”.

Wynter sees the MII rate ­reductions as complementary to the tax reductions on property transactions announced last week by Finance Minister Nigel Clarke, saying both “will undoubtedly stimulate the sector even more”.

Starting in April, as announced by the minister of finance last week, transfer tax on property transactions will be cut to 2 per cent, from 5 per cent, while stamp duty will move from 4 per cent of real estate transactions to a flat fee of $5,000 to be shared between vendor and buyer.