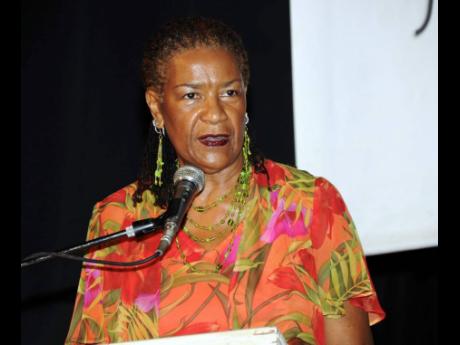 Legitimate providers of small loans in the micro market believe the bill to regulate the sector may have gone too far in its efforts to address predatory lenders.

Dr Blossom O’Meally-Nelson, chairman of the Jamaica Association for Micro Financing (JamFin) wants the crafters of the Micro Credit Act to rethink its stipulations, saying that the legislation meant to formalise the sector could end up creating a bigger black market.

“The act is largely punitive and does not create any incentives for registration and ­compliance. As it is, it can have the effect of driving lenders underground, thus swelling the troublesome informal MSME sector,” O’Meally-Nelson warned in an interview with the Financial Gleaner.

When pressed on possible incentives, she suggested that the authorities consider tax waivers and a period of ‘grandfathering’ for lenders to become compliant with the law, without penalty, after it is passed and enacted.

Tabled in February, the micro credit bill lays out the criteria for licensing and puts limits on the interest rates charged on loans by linking them to Treasury bill rates and cost of administration.

And it introduces criminal penalties of up to a year in prison and fines of up to $2 million for infringements.

Current law, under the Money Lending Act, requires lenders to seek a waiver from the Ministry of Finance if they want to lend at rates above 20 per cent per annum.

O’Meally-Nelson says that only, around 36 outfits have sought those waivers but the sector is estimated to have around 200 operators.

The JamFin chair, whose organisation ­represents 15 members, says the group is ­recommending that the Government fund a study to “garner information on the cost of lending and the support services which go to MSMEs to enable them to repay loans and grow their businesses”.

She also insists that both payday lenders and the banks offer credit at rates that range as high as 90 per cent. A bank president, who was asked about the claim, said the high rates would likely relate to credit cards.

JamFin’s position is that there should be no cap on interest rates charged by micro lenders, saying the cost of borrowing should be set by informed clients and the marketplace, and not regulators.

“Consideration must also be given to the fact that short-term loans attract similar costs for loan generation to the longer-term loans,” said O’Meally-Nelson. “For example, for a 30-day loan, the cost of loan generation has to be repaid in the 30-day period – hence the higher interest rate,” she said.

“It is neither accurate nor fair to annualise the interest rate for a short-term loan, as this gives the impression that the rates are exorbitant,” she said.

The JamFin chairman also warned that the proposed legislation could threaten the viability and survival of lenders, saying “any uninformed interference with rates set by lenders can threaten their portfolios”, and that the Treasury bill rate is an artificially created measure linked to monetary policy that, while serving as a useful standard, was irrelevant to setting interest rate policy for MFIs, or microfinancing institutions.

O’Meally-Nelson admitted that JamFin was given the opportunity to provide feedback on the draft legislation before its tabling in the House by Finance Minister Nigel Clarke.

The group takes no issue with the definition of MSMEs as defined in the bill, as enterprises with a maximum $425 million in annual sales. Micro lending, under the new law, will be limited to individuals and MSMEs.

But the JamFin spokeswoman said some of the areas of concern raised with policymakers were unaddressed, and that JamFin will be hiring a consultant to lead discussions on their behalf with the Bank of Jamaica, which will have oversight authority of the sector on passage of the bill.