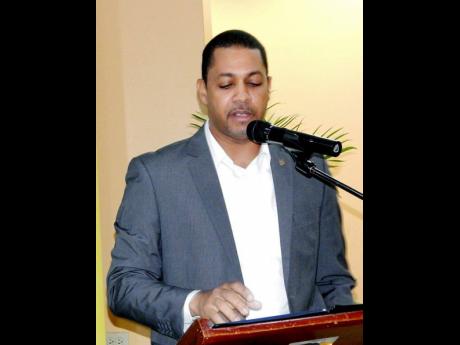 It’s not that operators are going out of business, but rather there have been a series of mergers as the small community banks buffer their capital base to ready themselves for central bank oversight.

The sector now expects the transition to happen by July.

Last year, the credit unions as a block generated surpluses of $2.1 billion, reflecting an uptick year-on-year of nearly 12 per cent, or about $200 million. In the previous year, profits climbed 48 per cent.

Six to seven years ago, the credit union movement had more than 40 operators. Last year, the number of credit unions contracted by another two, from 28 to 26, and the BOJ says it expects an even smaller sector in the medium term, having noted that “there are strong indications that the trend of consolidation in the sector will continue”.

The umbrella organisation for the group and de facto regulator since 1977, JCCUL, agrees with the central bank’s assessment. But while JCCUL General Manager Robin Levy said Wednesday that more mergers are on the way, he declined to indicate where the deals would emerge.

He also pushed back on the reason for the tie-ups.

“I have never heard of a credit union merging for capital adequacy. The main reasons for mergers are efficiency, economies of scale, synergy – those are the reasons,” he insisted.

He adds that there have been instances of credit unions being placed under supervision, but as for the mergers, “90 per cent of them are for efficiency”.

JCCUL will relinquish its support role when the central bank steps in, and is in the process of redefining its business model to provide advisory or consultancy services to members instead.

Otherwise, the entities that need assistance to ready themselves for BOJ oversight will get support through the Stabilisation Fund managed by JCCUL, Levy said. The StabFund, as it is called, was one of the tools used by the umbrella group to assist with its monitoring and support role for members.

Meanwhile, the central bank is reporting that despite the reduction in credit unions, the number of branches, subbranches and agencies increased by one to 91 last year.

The 26 operators ended the year with improved capital bases, up by nearly 12 per cent. In line with that growth, the ratio of capital to total assets improved to 12.5 per cent from 12.3 per cent a year earlier.

Assets held by credit unions grew by 9.7 per cent to $113 billion, but was slower than the 10.3 per cent increase for 2017, while the savings held for credit union members rose nine per cent to $88 billion.