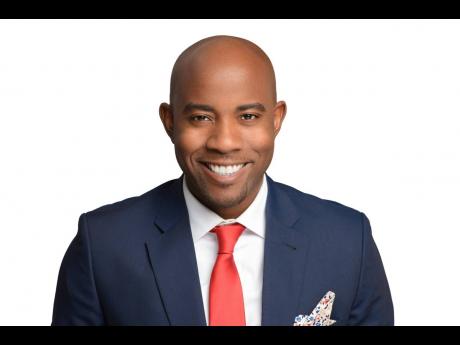 Start-up investment outfit First Rock Capital Holdings Limited has raised $2.5 billion in equity capital from private investors, all of which it intends to pump as equity into various real estate ventures and other companies.

First Rock, which arrived on the scene last year, has two prongs to its strategy – as an equity investor in income-producing real estate, whether commercial or residential; and doing private equity deals in which it takes a “majority” equity stake in other companies, according to co-founder and CEO Ryan Reid.

The majority 80 per cent of the new funds raised by First Rock will be poured into real estate, while the other 20 per cent will be used for equity investments.

“We wanted to raise a minimum of $1.3 billion to effectively commence operations. Our offer allowed us to go to a maximum of $3.9 billion,” said Reid.

“We raised in excess of what we required to commence operations and to execute the deals we have in the pipeline,” he told the Financial Gleaner.

The First Rock equity raise was arranged by Sygnus Capital, which said it’s normally difficult to raise capital for a start-up, but that investors found First Rock’s business pitch intriguing.

“To raise capital for a start-up is never easy, and the fact that they crossed the $2 billion mark is very commendable. It speaks to the hard work put in by us as lead arranger, with help from others such as Sagicor and JNFM, and Proven as selling agent,” said Sygnus’ corporate advisory head, Greg Samuels.

Both Reid and his partner Pierre Shirley, who holds the title of head of real estate business at First Rock, both worked for Proven before launching into their own business.

“I think First Rock put together a very solid business proposition and the investors basically liked and bought into the vision. It is really a compelling business strategy. With real estate doing well and First Rock investing beyond Jamaica into the Caribbean and North America, investors liked the diversity offered by this investment,” Samuels said.

Reid says the company has a deal pipeline of $10 billion lined up from which to “cherry-pick” investments for the cash it just raised.

First Rock’s first investment picks should be known by April, he said.

“There are two significant development opportunities that the market will be very excited about, and, additionally, on the private equity side, there are two entities that we are looking at to acquire a stake in. Those entities are known entities and should send a very clear signal as to our strategy,” Reid said.

He adds that for the projects that don’t make it out of the pipeline, that are not selected for financing, First Rock has a process for managing the expectations of the entities looking for cash infusions.

On the matter of First Rock’s approach to funding the deals: “It’s purely an equity play for us,” said Reid.

“It is equity financing and participation. We’re not in the business of debt financing, and those deals that we speak of are majority positions,” he said.