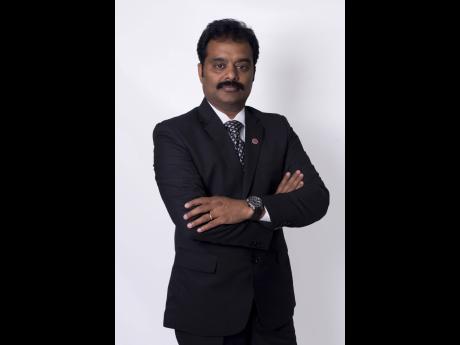 The roll-out of new products is paying off for pharmaceutical distributor Indies Pharma Jamaica, which grew sales by double digits, and then doubled its profits along the way in the January quarter.

The profit outturn has displaced some of the disappointment felt by founder Dr Guna Muppuri at the company’s lukewarm full-year results in 2018.

In its first posting of audited results as a listed company that entered the market last August, Indies Pharma reported substantial profit of nearly $120 million, but it was lower than the previous year’s result of $137 million.

“At the end of October 2018, there was a bit of a downturn in our profitability, but we’ve bounced back from that and we expect this trend to continue,” said Muppuri. “We expect a variation of about 20 per cent and while it can go either way, we expect that it is less likely to go down,” he told the Financial Gleaner.

In the January first quarter, Indies Pharma increased sales by 11 per cent to $168 million and improved its net profit by 100 per cent to $47 million.

Muppuri says he plans to do regular rollouts of products to maintain the sales momentum.

“We have streamlined more than 200 SKUs [stock keeping units]. The research, evaluation and pricing have been done, and in the next six months I’d like to bring, on average, 10 per cent of those to the market,” said Muppuri. “So right now, we have about 175 SKUs in the trade, but what we want to do is that in six months [we] add about 25 more,” he said. SKUs typically refer to product categories usually identified by a code, and not single items.

He also clarified that in the past, he was quoted as saying that he wanted to bring 50 products to the market, but the number he meant to say was 15.

Muppuri says that in the post-IPO period last year, Indies Pharma onboarded 11 SKUs. That move caused a spike in the company’s expenses, including security costs, which doubled.

The aggressive product rollouts planned suggests the company will face rising costs, but Muppuri says he has a strategy for managing expenses.

“Our outlook is conservative even when we set ourselves ambitious targets’” he said.“We had a 10 per cent increase in staffing to take care of those new products; and for the rest of the year we may increase by another 10 per cent, because the number of product lines coming on stream will mean that we need a lot more attention to them so that they can be marketed properly.”

Meanwhile, there has been no movement on the deal to acquire a manufacturing operation that Indies Pharma was said to be pursuing in India.

Muppuri said the acquisition was still being pursued but that he was in no rush to expand.

“We are exploring everything. Indeed, something is happening, but we’re not rushing. Our watchword is that patience pays,” he said.