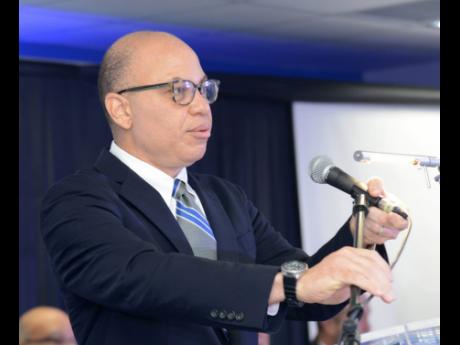 Port company Kingston Wharves Limited plans to set up its third logistics warehouse this year at a cost of between $1 billion and $2 billion.

The warehouse will cater to companies trading within the Caribbean, said Kingston Wharves Chairman Jeffrey Hall.

“We are looking to develop logistics centres for companies looking to use Kingston as a hub for the region,” said Hall. “Our goal is to identify opportunities for key regional partners.”

The existing warehouses both have strong occupancy, with prominent clientele, Hall said, without naming them.

“We want to develop a third facility and we are currently looking for clients. It takes nine months for a facility to be up and running. It would cost between $1 billion and $2 billion to build, and the focus would be on regional distribution of cargo,” he said.

Kingston Wharves, whose stock trades on the Jamaica Stock Exchange, reported positive performance for 2018, which it attributed to increased trading volumes aided by the buoyancy in the economy.

“So, when you see construction, increased motor sales and other capital items in the island, we benefit from that,” Hall said.

Kingston Wharves is classified as a subsidiary of Jamaica Producers Group, which Hall leads as CEO.

Food and logistics conglomerate Jamaica Producers owns 42 per cent of the port company, acquired in separate transactions in 2012 and 2016. Hall said Jamaica Producers has already made back its investment several times over. The conglomerate acquired the KW shares at an average price of $5, and the stock is currently trading within a band of $70 to $75.

“It has done really well for JP and other shareholders. The success is due to a multiplicity of factors, including the strong management, the services and strong balance sheet. We intend to continue the same strategic drive to build on the blocks that achieved success to date,” he said.