$4b energy deal - Inter-Energy ­acquires JPPC from I Squared Capital 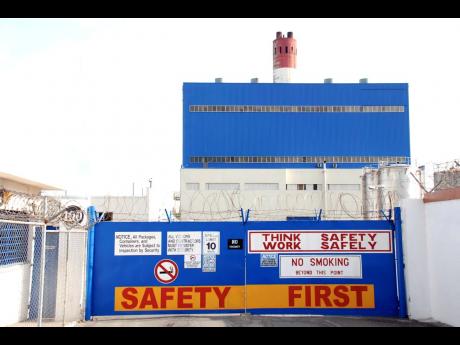 In a deal said to be worth $4 billion, the owners of Jamaica Energy Partners (JEP) have snapped up rival energy outfit Jamaica Private Power Company (JPPC) giving the American parent control over 250 megawatts of domestic rated capacity.

CEO of Jamaica Energy Partners-WKPP, Wayne McKenzie, says the JPPC ­acquisition – which added 60MW to Inter-Energy’s Jamaican ­portfolio – is not a short-term play but a ­strategic move by the parent company to deepen its involvement in the local energy market.

“Having had three power plants and three companies in Jamaica, it made sense for us to acquire JPPC. There is no intent to flip; we’re here for the long haul,” McKenzie said in an interview with the Financial Gleaner.

JEP has been part of Jamaica’s energy ­landscape since 1995, when the company ­commissioned the Doctor Bird 1, a 74MW power barge at Old Harbour Bay in St Catherine. They later added the Doctor Bird 2, a 50MW barge at the same ­location. The 66MW WKPP onshore facility was added two years ago.

McKenzie says Inter-Energy saw the ­opportunity to pick up a new asset when it became clear that infrastructure private equity firm, I Squared Capital, the latest owners of JPPC, wanted to pull out.

“What they’re doing is keeping their larger plant and offloading the smaller one,” McKenzie said of I Squared Capital’s move to ­dispose of JPPC. “In our case, although we have 120MW of ownership, we’re growing our portfolio,” he added.

As to the cost of acquisition, McKenzie said he was not at liberty to disclose the terms and conditions of the deal. However, the Financial Gleaner understands that the deal was worth about J$4 billion, inclusive of about J$2.3 billion (US$18.5 billion) of debt.

The JEP-WKPP management has already taken full control of the JPPC plant. The former general manager of JPPC, Ingrid Christian-Baker, did not make the transition. She is said to have resigned from JPPC just before the takeover by Inter-Energy.

Inter-Energy took control of the Jamaican operation on March 12. McKenzie and the same team that manages JEP and WKPP will also be in charge at JPPC, but each company will continue to operate as standalone businesses.

The JPPC plant at Rockfort in Kingston utilises slow-speed diesel generators to produce electricity, which it sells to the national grid as an independent power provider, and McKenzie says the plant will continue to operate on that technology.

“Slow-speed diesel remains the most efficient technology around, so although we’re transitioning to gas and renewables, there is a need for a baseload component that is also reliable,” McKenzie said, while noting that parent company Inter-Energy has a diversified energy portfolio spanning various countries.

“Our intention is to grow in Jamaica, just like we’ve done in Panama where we have medium-speed diesel, wind power and solar. We have absolutely no difficulty in investing in the renewable or the gas space as well,” he said, hinting at the possibility of further investment in Jamaica.

“We need to invest by acquiring and developing assets here. The company is in a growth mode and the company will be in a fundraising mode. The chairman’s stated aim is to grow within the Latin America and the Caribbean,” McKenzie said.