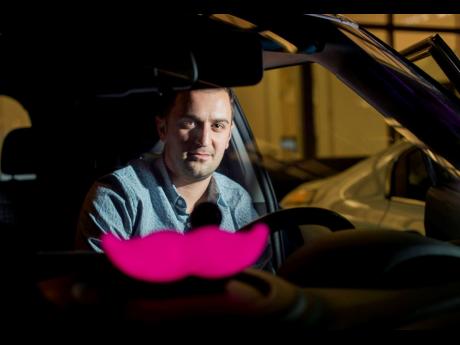 Lyft officially kicked off the road show for its initial public offering, saying on Monday it plans to put more than 30 million shares up for sale with an anticipated price of between US$62 and US$68 per share.

It is the first time that Lyft has revealed how much money it hopes to raise in the IPO and how much it believes it is worth. Those financial targets could still change as Lyft’s investment bankers gauge demand for the company’s stock leading up to the IPO pricing, which is expected to happen next week.

Lyft and Uber have raced to be first with an IPO, and Lyft’s rival is expected to offer shares in the coming weeks.

Uber is hoping its larger ride-hailing service will justify a market value as high as US$120 billion after its IPO is completed later this spring, according to the Wall Street Journal.

Lyft released financial details about the company for the first time this month, reporting US$2.2 billion in revenue last year, more than double its US$1.1 billion in revenue in 2017, but also US$911 million in losses. Lyft has lost nearly US$3 billion since 2012, but has brought in more than US$5 billion in venture capital.

The company’s executives warned that the company could struggle to turn a profit despite a rapidly growing market share.

Bookings, which represent Lyft’s fares after subtracting taxes, tolls, and tips, have been rising dramatically – a trend that the company intends to highlight to potential investors. Lyft’s bookings surpassed US$8 billion last year, 76 per cent more than in 2017 and more than four times the number from 2016.

Lyft’s recent market-share gains came as Uber was dogged by reports that drivers accosted passengers and that the company tolerated rampant sexual harassment internally. Those problems ultimately led its co-founder, Travis Kalanick, to resign. Uber has been working to repair its image under CEO Dara Khosrowshahi.