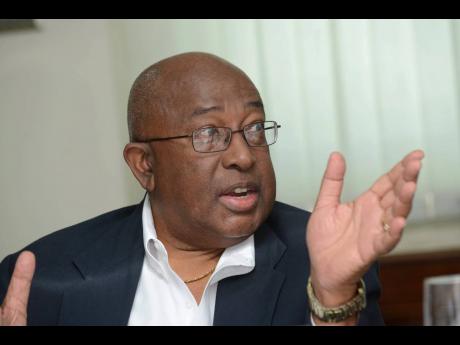 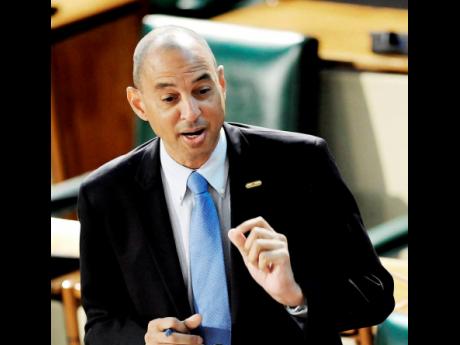 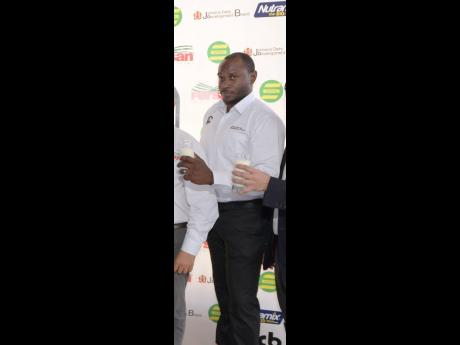 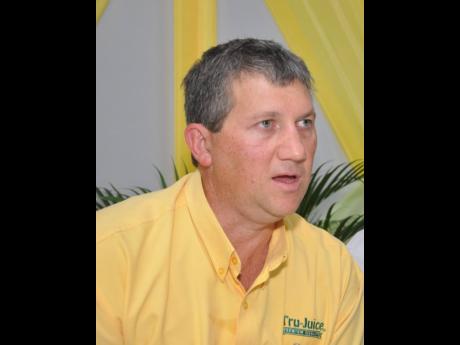 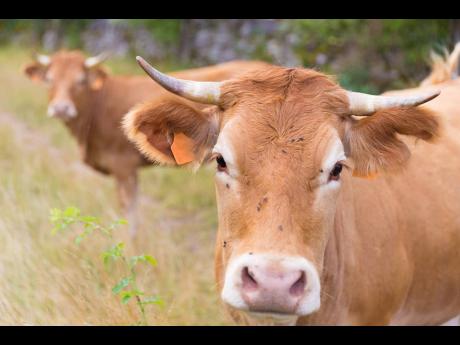 There was a time when Jamaica was producing nearly 40 million litres of milk per year, but that was nearly three decades ago.

Now the dairy sector is doing 12-13 million litres annually, on average, a level it has been stuck at since around 2010.

Agriculture planners believe a revival is possible. They’ve believed it for years. But the long-touted dairy revitalisation programme remains a dream on paper, subject to funding.

That was still the case up to this week, even as word was circulating that Minister of Industry Commerce Agriculture and Fisheries Audley Shaw had reaffirmed his commitment to the development of the sector, last week.

Dean Avril, CEO of the Jamaica Diary Development Board, JDDB, said Tuesday that the agency’s well-considered plan to revitalise the sector includes addressing animal nutrition, which he described as “one of the most inhibiting factors affecting expansion of local production”.

However, the dairy sector revitalisation programme does not actually have its funding locked up.

“We are currently seeking to allocate a $50-million budget dedicated to sector development programmes. Hopefully, we will get the necessary approval to make this initial investment, and subsequent expansions from future budgets,” Avril said.

Dairy production in 2017 increased nine per cent to 13.2 million litres, and is said to have grown further in 2018.

Still, Jamaica is said to produce just a fifth of the milk it consumes. The other 75-80 per cent is imported, according to industry insiders.

Dr Keith Amiel, head of corporate affairs at CB Foods, the company that owns and produces Nutramix animal feed, said that while milk production climbed to 14 million litres last year, “it is doubtful” Jamaica will get back to the 38.8 million litres produced at peak in 1992.

“Today our production numbers barely cover about 20 per cent of the demand in the market. Therefore, there is a lot of space for investment in the industry and for new farmers to join,” Amiel said.

Peter McConnell, who is planning to enter the dairy market as part of a diversification programme at his beverage company, Trade Winds Citrus, told the Financial Gleaner that his advisers have no beef with the animal nutrition programme. Their concern was with the prospective yield.

“My advisers visited the largest dairies in Jamaica. What they were not happy with was the genetics of the animals. Their advice was: ‘These cows are well taken care of in terms of cow comfort and nutrition, but they will never give more than 11-12 litres per day; they just don’t have the structure to do more’,” he said.

That’s why McConnell is looking to import animals and embryo from Costa Rica, where the cows produce much more milk.

Food and financial services conglomerate GraceKennedy (GK) is not in the dairy market, but the sector’s health matters to GK’s food-manufacturing and grocery retail operations. Supplies of locally produced pasteurized milk are way too limited, and too costly, GK Group CEO Don Wehby says.

“We are concerned that current farm-gate prices in Jamaica are 60 per cent to 480 per cent higher than other sources,” he said, citing China, New Zealand and the United States, respectively.

“Several factors contribute to this very large cost disadvantage. With the exception of New Zealand, it is known that various subsidies and quotas are in place for dairy products across the world. We also have very low milk production per cow,” he said.

Avril says the strategic interventions under consideration by JDDB are geared towards increasing both the number of animals in production and the average daily milk production per cow.

“The JDDB has promoted the use of high-yielding grass varieties to increase the availability of forage across the island. In addition, when forage production becomes constrained by climatic conditions, such as drought, we have also promoted conservation of fodder and forages by various methods – hay, haylage and silage.”

Haylage and silage are basically hay in different forms.

“We firmly believe that the local dairy sector can be expanded to levels of production similar to the glory days of the 1990s. However, dynamic changes need to be embraced by our producers,” the dairy official said.

The dairy board expects to continue efforts to secure more milk by partnering with agro-processors to supply the sector with by-products that can be used as feed for cattle.

“For financial year 2019-20, we aim to reduce all major feed security challenges as they exist and allow our producers to expand production based on reliable fodder supplies,” he said.

Otherwise, the Ministry of Industry Commerce Agriculture and Fisheries (MICAF) has initiated loans to the farming sector through the Development Bank of Jamaica, which in 2017 offered loans at 5.0 per cent interest through the Dairy Revitalisation line of credit.

There is some optimism in the sector, according to Amiel, who says dairy farmers are reinvesting in their operations because of the renewed interest in the industry.

But, “because of the time it takes to have dairy animals start producing, returns are taking a little while to come,” he said.

Additionally, supply logistics remains a barrier to entry for small farmers who want to get into the market, the agriculture expert said.

McConnell, meanwhile, is still waiting for MICAF to sign off on his request for a new genetics source.

“I still have not gotten a response to our application to import animals and/or embryos from Costa Rica. We have offered to have our dairy farm put under quarantine by MICAF for as long as is necessary to,” he added.

McConnell could import animals from the United States, but is not inclined to, saying they are more expensive than those from Costa Rica, and the ideal animal, one suited for the tropics, is not available from the US. The Costa Rica alternative, he said, would allow Trade Winds’ dairy farm to be up and running in 12-18 months.

Still, he has asked MICAF for the necessary information to explore importing animals from the US, which he was expecting to receive by today, Friday.

Wehby, like Amiel, sees a lot of room for business in the dairy market, saying Jamaicans are not consuming enough milk and milk-based products, such as yoghurt and cheese.

For Jamaica to be able to supply the majority of local demand, there will have to be “a combination of very large increases in the herds along with much higher milk per cow, along with substantial reductions in the farm-gate prices through efficiencies,” he said.

“Dairy farms would also have to be much larger. To satisfy current demand, we would have to have the equivalent of almost all of St Andrew or Hanover being used for dairy farming,” Wehby added.