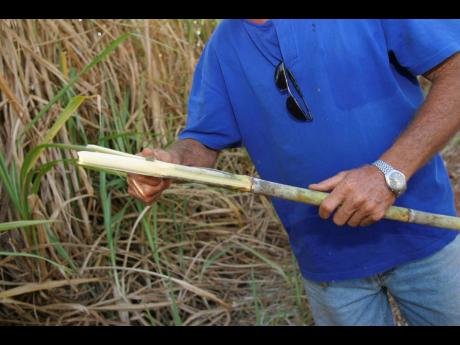 It is probably without precedent for a major Caribbean industry to declare that unless Caricom’s Common External Tariff, the CET, is properly enforced, the livelihoods of hundreds of thousands of rural and other workers will be put at risk.

For this reason, the March 15 statement by the normally conservative Sugar Association of the Caribbean, SAC, needs to be taken seriously.

The SAC observed that unless the Caricom Secretariat, and by extension Caribbean trade ministers, do not take “definitive and immediate action through the Council for Trade and Economic Development (COTED)”, the industry may not have a future.

SAC’s concern is that the industry can only survive if, as it has previously made clear, the existing 40 per cent CET on all sugar imports is rigorously applied.

Observing that this is not happening, SAC said that having gathered market intelligence across the region, it has found that “more than two-thirds of Caricom’s sugar demand is currently being supplied by extra regional sugar imports”.

This is happening, they observe, even though the industry in Caricom annually produces more sugar than the Anglophone part of the region requires.

Suggesting that there had been a failure by governments and their related agencies to protect an indigenous industry that directly and indirectly employs about 0.4m people, SAC noted that increasing volumes of third country white, and more recently brown sugar, are being permitted to enter the Caricom market duty-free by the widespread granting of CET waivers or suspensions.

What SAC described goes to heart of whether there is a long-term future for sugar in the English-speaking Caribbean.

Industry research is understood to show that Caricom producers brown sugar market, which they have always supplied, is in the face of external supply shrinking rapidly both in terms of value and quantity.

The suggestion is that statistics showing a significant decline in price and increasing import volumes confirms that extra-regional producers are meeting an ever-larger part of regional demand through practices that circumvent the CET on sugar.

“The blatant disregard for CET rules is now a distinct challenge to the survival of the Caricom sugar industry,” the sugar association said in its statement.

What lies behind the industry’s concerns about government’s actions is an increasingly complex global and regional picture in which the industry is being marginalised by changing global circumstances, falling prices, and a desire for the cheapest possible inputs into food products.

Traditionally, Caricom had a preferential market in Europe. However, in recent years multiple changes to the EU Common Agricultural Policy have resulted in record low prices for imports largely because of over production by beet sugar producers in the European Union.

According to the African Caribbean and Pacific sugar group, the consequence has been for ACP sugar exports to Europe to fall to less than a third of the levels recorded before the EU abolished quotas, and EU sugar exports to double in volume, in some cases displacing ACP producers from neighbouring developing country markets.

This has been happening just as low-cost brown as well as white sugar has been entering the Caricom market from Guatemala and Colombia, leaving Caricom producers unable to compete in what is the one secure market which they had hoped to be able to rely on in the future.

SAC and its members have said that it is their intention to hold those involved accountable and to make sure that the rules and policies are enforced and that “anything less would amount to an abrogation of responsibility regarding the principles and functionality of the CSME”.

To this end the industry is suggesting that beyond the much stricter application of the CET rules on all sugars imported into the Caricom single market, more detailed and much better monitoring of end users is required.

While this may seem obvious, finding a lasting regional solution may be challenging.

The issue juxtaposes the interests of a still important agricultural industry that remains vital to rural life and employment in some parts of the anglophone Caribbean, against powerful manufacturing interests.

Its resolution requires trade ministers to mediate between the interests of sugar and influential domestic industries often in non-sugar producing nations that provide consumers with products such as soft drinks at relatively low prices.

It will also need Caricom and COTED to determine how to reconcile the long-standing interests of a primary producer with those influential bodies such as the Jamaica Manufacturers and Exporters Association who say their members want to be able to determine the quality, quantity and the arrangements for its raw materials without government interference.

The matter has wider implications too as it points to how time and circumstance has changed the functioning of the Caricom Single Market and Economy, the CSME, and the intention of the revised Treaty of Chaguaramas.

Sugar, an industry that until relatively recently dominated most Caribbean economies, is now only present in four Caricom states in any significant way. This suggests that if the sugar sector can secure a CET solution, it may need additionally to demonstrate why the industry and its workers deserve continuing protection and how a cane industry regionally defended by all member states relates to the future.

Beyond making the social and economic case this means that the hearts and minds of those who see the sector as the past need to be won over.

It argues for a case to be made strenuously for the linkages sugar creates, and its better integration with other industries. It also suggests there is value in exploring, for example, the experience of the French speaking Caribbean in creating a consensus that sugar is a product of the Caribbean soil and as such has valuable linkages to the environment, rum and tourism and the export of quality branded sugar products.

Parts of the industry have demonstrated that sugar can be made viable, particularly where those involved have been able to mix a viable domestic and regional market with refining, manufacturing and downstream products and services.

SAC is fully justified in calling for Caricom’s CET on imported sugar to be respected, but the industry should go further. It should consider setting out how it sees the future.