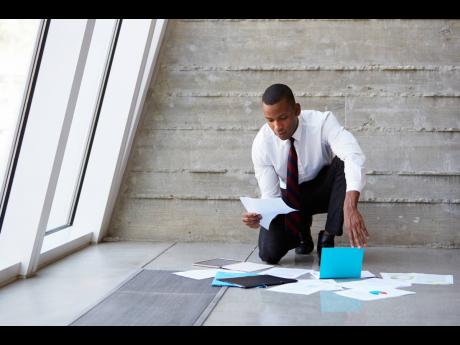 Why do some executives resist making long-term plans for their business? The hidden secret is a deep fear of failure, but there’s a way to be confident about the top team’s quality of visionary thinking.

Vague aspirations to ‘become world class’ will always drive some portion of your employees crazy. Even if it happens on a grand scale, the answer isn’t to abandon inspirational goals.

Fortunately, the Jamaican Government’s Vision 2030 avoids these perils by having both clear measurable targets and a specific end-date. Without these two components, it would be just be a bunch of wishful thoughts – fairy tales with no basis in reality.

However, most managers underestimate the effort to produce such detailed targets. They struggle, but don’t understand why.

One reason relates to a lack of harmony between two opposing camps: dreamers and realists. Your team is best served when a drive for inspiration – that is, dreaming – is balanced by a need to be practical – that is, realistic. Here are three steps to include in your next planning meeting.

If you have noticed that most of your employees have lost the zest for dreamer-led rah-rah, being No. 1, or chest-beating, you may wonder why it became passé.

The short answer is it doesn’t do well in today‘s world where authenticity is the main currency.

They see such lofty goals as inauthentic because they lack specific, measurable characteristics. As a result, these targets lack credibility, reducing them to having no more significance than an idle knock in table tennis, or a meaningless game of solitaire played just to kill time.

Today, your employees expect real engagement which must be linked to clear performance feedback which is objectively measured. Such black and white targets tell them whether they have won or lost, not only individually, but on a corporate scale.

In the case of Vision 2030 there was, I imagine, a long, hard distance to go from becoming “the place of choice to live, work, raise families and do business” to defining multiple, explicit targets for specific sectors. It’s exactly the tough task many executive teams are unwilling to do. Instead, they try to take lazy short cuts. For example, it’s popular to get each department to come up with its own goals, then ask a clerk to pull them together in a final document.

At first blush, this approach may seem logical, or efficient. However, the end-product ends up being little more than a grab-bag of bits and pieces. This Frankenstein plan is exactly what realists fear the most because the lack of practical coherence dooms it to failure.

Some realists have such strong feelings that they block or boycott planning retreats altogether. Instead, they argue that today is the best guide to tomorrow and advocate no more than annual budgeting. Implicit in this approach is the assumption that competitive advantage was decided in the past, and won’t change.

This dangerous idea is usually not spoken out aloud – until it’s too late. Like Cable & Wireless of old, they deny the arrival of an impending Digicel, thereby facilitating their competition’s success.

Unfortunately, most executive teams never resolve the difficult tension between dreamers and realists, preferring to allow one side to win.

The way out of this zero-sum game is to balance the time devoted to each camp during your next strategic planning retreat. When you create your agenda, build this in: ask everyone to Dream, then stop. Pause, and then provoke participants to trim the vision by making it Real. In other words, allow each approach to run its full course before switching from one to the other. The fact is, both are important, but they are impossible to reconcile simultaneously in a workshop setting.

Most executives don’t appreciate this delicate balance. Instead, if you belong to one group, you are likely to point fingers at the other, complaining that time spent in their preferred zone is wasted.

As a result, I often find myself in the middle, arguing for a balance. This means pointing out the pitfalls of short retreats. I explain why we no longer offer them – they inevitably favour one camp over the other, producing a weak strategy which is neither rigorous nor durable.

In other words, trying to focus exclusively on dreamers or realists defeats the purpose. The point of such sessions is to make the most difficult decisions regarding the future of the company. Bringing both camps together is just one of the critical end-products.

Teams who realize this fact produce miracles, building inspiring long-term plans based on realistic short-term commitments. While it’s a hard result to generate in a mixed group, this balanced approach is the best way to craft sustainable competitive advantage.