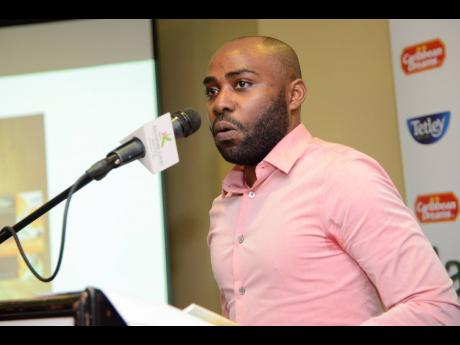 Jamaican Teas is looking to tap into a more sophisticated market for its teas and expand its portfolio of ­manufactured products beyond beverages, a decision that Marketing Manager Charles Barrett says was driven by ­consumption surveys.

The push to diversify comes amid wobbly exports for which sales fell 39 per cent in the December quarter but was currently back on track, according to Chairman John Jackson. The Orchids residential development done by Jamaican Teas’ real estate arm also continues to weigh on the company.

These forces have pushed management to consider new strategies to grow revenues.

Reporting to shareholders at Jamaican Teas’ annual general meeting on Wednesday, Barrett said that the tea maker was looking for more business not only among traditional tea drinkers, but among those for whom lifestyle choices dictate their consumption patterns, including millennials.

“We put together a suite of products that have flavours that we in the Caribbean are familiar with but that will also attract consumers in the mainstream markets of the United States, Canada, and the United Kingdom and Europe,” said Barrett.

“We feel we can marry the flavours of the Caribbean that have an outward appeal,” he said, adding that as far as exports were concerned, the main aim is to move from the ethnic or world food aisle of supermarkets in the US and Canada to the mainstream aisle while domestically, the aim is to go upmarket.

CEO John Mahfood says Jamaican Teas has set aside about $6 million of a near $50 million budget to market the new products that are expected to hit the shelves by June.

Mahfood also reported to shareholders that the company is venturing into the manufacturing of powdered soups and spices, a decision that flowed from the demand coming from export clients.

“We started out contracting with a company in Jamaica to make the soups under our brand for the export market, and eventually, we were fortunate to be able to buy the equipment from them, and we’ve just installed them. We’ve also inherited four other customers that have other brands who are contracting with us to make their soups for them,” Mahfood said.

He told the Financial Gleaner that he expects a seven per cent improvement in revenues from the new product lines. The company’s annual sales hit $1.77 billion last year.