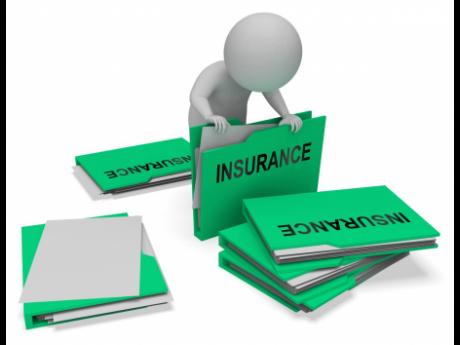 Executive Director of the Insurance Association of Jamaica (IAJ), Orville Johnson, said the Financial Services Commission (FSC) is developing a new investment framework for insurance companies, but that is being preceded by a quantitative impact study and stress testing.

Speaking on the margins of Guardian Life’s groundbreaking of its newest investment project, a 176-unit twin-tower residential development in New Kingston, Johnson said, “We have been lobbying for some time and we have been engaging the Government.”

There were 17 life and general insurance companies in the island, according to FSC data, but only 16 were operational.

Johnson said, “We asked for a new framework for investment guidelines because we saw what was going to happen with the exit from government paper. The Government no longer has an appetite for borrowing. They are coming out of the market, moving to institutional financing.”

Treasury bill rates are currently yielding below three per cent interest per annum. Meanwhile, the commission’s data revealed that for the life insurance sector, total investments were $297.8 billion as at June 2018. Investment assets for general insurance companies were $51.3 billion.

While rates on government paper are on the decline, for insurance companies, “a big portion has to be invested in government paper still. There is a process taking place, and a new framework for investment”, Johnson said.

The FSC, in January 2017, allowed a relaxation of the statutory minimum of 250 per cent for the minimum capital test (MCT) for insurance companies, thus reducing the amount of capital that the general insurance industry would need to hold for the purpose of meeting capital adequacy requirements.

The new minimum set was 150 per cent, wit the FSC noting that any projects taken on by insurance companies with freed-up funds must indicate cash flow and yields to be fully approved by the commission.

During a two-year period starting January 2017 when the standards were relaxed, the FSC also said it would also carry out a quantitative impact study “to determine an optimal position for the MCT that balances growth and stability of the insurance industry”.

For the general insurance industry assets totalled J$84.1 billion and liabilities, J$57.7 billion. The sector’s capital and surplus were $26 billion for the six months to June 2018.

In an update provided on Monday, the FSC confirmed that it was crafting new liquidity and investment guidelines for life and general insurance companies to be prefaced by studies, and that the new framework should be put into effect in 18 months’ time, or before year end 2020.

During 2018, it commissioned a consultancy to undertake a quantitative impact study to assist with the introduction of revised solvency (capital adequacy) standards for life and general insurance companies.

The FSC explained that “the consultants have been tasked with the reformulation of the solvency standards for life and general insurance companies and to quantify the impact of proposed changes to the International Financial Reporting Standards”.

The quantitative impact study will also take into account the proposed amendments to the insurance regulations.

The FSC has also proposed changes to the investment regulations to achieve the development of a principles-based and risk-based management of investment portfolios in the life and general insurance industries.

The risk-based approach will culminate in the finalisation of the regulations on asset liability management and stress testing, the regulator said.

The provisions in the proposed regulations on asset liability management and stress testing will guide the principles-based management of investment portfolios.

General and life insurance companies will be required to develop their investment portfolios in accordance with their risk exposures, risk appetite and risk tolerance, the FSC said.

“We aspire to complete the above changes within the next 18 months,” the regulator said.

In general, the FSC expects insurers to have an effective programme for managing their asset-liability position, ensuring that assets and investment activities suit liability and risk profiles and solvency positions.