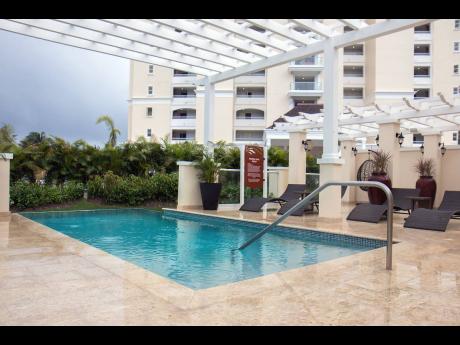 File
A section of the Jewel Grande Montego Bay, one of five resorts included in the deal between Playa and Sagicor Group.

Playa Resorts reported profit for its December 2018 year end which reversed losses a year earlier, but the stock still trades below the price at the time it acquired all-inclusive properties owned by Sagicor in Jamaica.

Playa’s stock received some support following the company’s stock buyback in December 2018, but it is still underperforming other composite indices. The company spent some US$310,000 to buy back stocks, but didn’t disclose whether it continued buying back in 2019.

“Depending on market conditions and other factors, these repurchases may be commenced or suspended from time to time without prior notice. During the fourth quarter of 2018, we purchased 47,241 ordinary shares at an average price of $6.65 per share,” stated the company.

Playa owns and manages 21 properties, comprising 7,908 rooms, which operate in Mexico, Jamaica and the Dominican Republic. The guest occupancy stood at 81.4 per cent in 2018 versus 81.2 per cent a year earlier.

Playa’s management announced a plan to defend the stock with up to US$100 million. The stock closed at US$7.80 on Thursday or about 25 per cent lower than the Sagicor acquisition price.

To highlight the under-performance, Playa stated in graphs that if one invested US$100 in Playa since March 2017, it would have dipped to roughly US$70 as at December 2018. It added that a comparative investment in the Dow US Travel and Leisure stocks or NASDAQ index would have become roughly US$110 each, and US$100 for the Russell 1000 Index.

The issue of the stock’s slump might lie partially in its price-to-earnings ratio. It is trading at roughly 41 times its earnings, with projections to trade at 65 times earnings within a year, according to Nasdaq stock data on Playa. This implies the stock needs increased earnings to support the price.

For the year ending December 2018, Playa made US$617 million in revenues, up 10 per cent year-on-year. The bulk of revenues came from Mexico’s Yucatan Peninsula, at US$259 million, followed by the Jamaica operations earning US$127 million, up from US$65 million a year earlier.

The rise aided in the company posting a net profit of US$18.9 million when compared with a net loss of US$241,000 a year earlier. The annual profit equated to earning per share of US$0.16. Market capitalisation stands at US$1 billion, while its total shareholders equity stood at up US$840 million as at December 2018, up from US$600 million a year earlier.

On June 1, 2018, Playa issued 20 million of its ordinary shares to an affiliate of Sagicor. The deal resulted in Playa acquiring a series of Jewel-branded all-inclusive resorts, development lands and management contracts.

Playa’s shares on the NASDAQ stock exchange closed at US$10.49 just prior to the finalisation of the Sagicor deal. The shares then slid to US$9.30 at the close of the September quarter and was trading at US$6.60 in December. The share buyback, however, quickly gave the stock support towards the seven-dollar range.