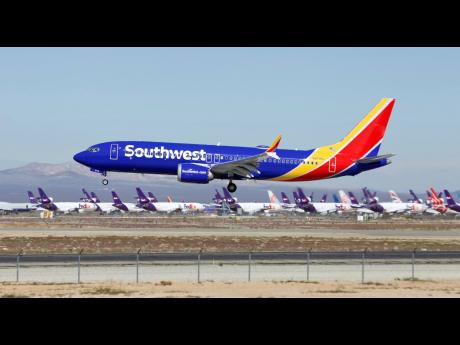 Today, we will not discuss Latin America, emerging markets or finance – at least, not directly. This is also not an April Day’s fool’s joke. However, we are going to talk about current topics, such as technology, labour and market disruptions.

Over the course of the last six months, two Boeing 737 Max 8s crashed, killing almost 400 passengers. Although these were brand new airplanes, they were a variant of a much older and proven design. At the heart of the incident were two major technological trends that were disrupting the aviation industry.

On the dawn of the 21st century, as globalisation began to kick in, it became apparent that the number of passengers would expand geometrically, as large countries, such as China, Brazil, Indonesia, and India, became prosperous. Airport congestion would create bottlenecks.

Therefore, Airbus decided to push for the development of the A380, a huge airplane that would carry more passengers. The idea was that this would reduce the number of aircraft in the air. Several airlines, such as Etihad, Emirates and Singapore, jumped on the idea. Given that only airports with very long runways could accommodate these giant airplanes, these state-owned airlines also used the concept as a way to promote their city-states as tourist and service destinations. Yet, as the world was coming to grips with the first unexpected crash of the 737 Max 8, Airbus announced the early termination of the A380. What happened? And, were the events related to each other?

Airbus correctly predicted the geometric increase in airline passengers from developing countries. However, what they did not take into account was the technological leaps produced by engine manufacturers, specifically Pratt & Whitney, GE, and Rolls-Royce. The extreme fuel efficiency of the turbofan engine and the introduction of lightweight composites enormously extended the range of smaller aircraft.

As a result, these smaller airplanes could fly from shorter runways and could go longer range, thus allowing passengers to get to their destinations much quicker than going through hubs. Ironically, Airbus introduced a new line of aircraft – A319s, 320s and 321s – that ended up cannibalising the A380 fleet. Soon, a universe of low-cost budget airlines appeared that stole market share from the larger airlines by their lower operating costs.

Yet, there was a catch. There were not sufficient trained pilots to meet the growing supply of airplanes, particularly in emerging market countries. Airbus addressed this issue by automating the flying process as much as possible, minimising pilot interaction. New pilots were trained to keep the autopilot engaged, at all times, to keep from making mistakes.

Not a goof move

Faced with the fierce competition from Airbus, Boeing decided to revamp its old 737 design by modernising its engines and adding a new autopilot system. The problem was that the more powerful engines changed the handling characteristics of the airplane, resulting in a nose up position when the engines accelerated.

Unfortunately, this put the airplane in a position that was more prone to stalling; a condition where the wings lose their aerodynamic ability to generate lift and the plane begins to fall. In order to work around the problem, Boeing introduced MCAS, a system which allowed the autopilot to automatically push the nose down if it thought the airplane was about to stall.

In its desire to catch up with Airbus, as soon as possible, the company was more interested in reintroducing an aircraft that would provide a seamless transition, thus allowing pilots who were trained to fly the older 737s to fly the newer variant without mandating expensive preparation.

The problem is that takeoff is a manoeuvre that requires the airplane engines to be at full throttle, which could lead to the MCAS to kick in. This will result in the autopilot forcing the airplane’s nose down towards the ground, at the moment when the crew is trying to climb, unnerving any pilot.

This is probably why the two crashed airplanes were recorded as porpoising and the flight crew complained of controllability issues. In both cases, the crew most likely instinctively kept the autopilot engaged, and their fighting of the aircraft controls probably led it to lose speed and stall. Both the pilots and the airplane were probably doing what they should have been doing had they been operating independently.

The full details of the report will eventually emerge, but it is clear that the introduction of new engine technology disrupted the airline industry. Not only did it lead to the untimely demise of the A380, but it led to the proliferation of smaller, more automated airplanes that could fly much longer range from more airports.

Newer technological developments will exacerbate the situation even more, either leading to more automation and/or more pilots. Either way, additional capital cannot work if adequate labour is not provided. Technological disruptions can have market implications, but they can also have tragic consequences.

Dr Walter T. Molano is a managing partner and the head of research at BCP Securities LLC. Email wmolano@bcpsecurities.com.