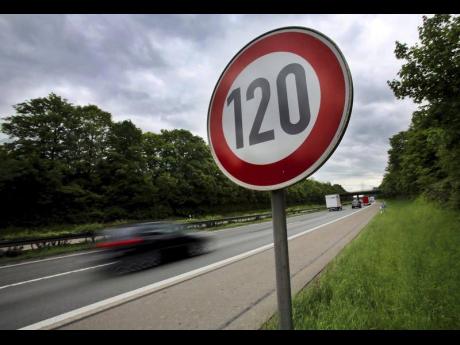 The European Union (EU) is moving to require cars and trucks to have technology that would deter speeding as well as data recorders to document the circumstances of accidents.

Those are among the safety features included in a provisional agreement announced on Wednesday by the EU’s executive commission.

The package would force vehicles to have so-called intelligent speed assistance, which recognises speed limits using mapping systems and help drivers observe them by restricting engine power. The driver can override the system by pushing harder on the gas pedal. Earlier versions of the measure envisioned a system that could not be overridden, but that was changed.

The on board data recorder would further deter speeding by registering the car’s speed.

“Every year, 25,000 people lose their lives on our roads,” said Elzbieta Bienkowska, the European commissioner responsible for internal market and industry. “We can and must act to change this.”

The European Commission, the executive arm of the 28-country EU, said that the features would be required on all vehicles on European roads from 2022.

The other safety features would include systems to warn drivers if they seem drowsy and against distractions such as smartphone use. Cameras and sensors would be required to avoid accidents while backing up and to help keep a car in a lane. For cars and vans, the deal requires advanced emergency braking, which can detect obstacles and push the brake pedal if the driver does not respond in time.

And another system would help bus and truck drivers avoid hitting cyclists in their so-called blind spots. Although properly adjusted mirrors should allow truck drivers to see to the side, Germany’s transport ministry has pushed for the measure to reduce deaths of cyclists and pedestrians.

Much of the technology already exists and is available on more expensive cars.

The European Automobile Manufacturers’ Association welcomed the EU’s agreement but said that vehicle technology needed to be supplemented with better road infrastructure and measures to encourage safer driver behaviour.

“This challenging piece of legislation will no doubt be instrumental in further improving road safety – something all auto makers are fully committed to,” said ACEA Secretary General Erik Jonnaert. “At the same time, vehicle technology alone will not be sufficient. For maximum effect, policymakers must now push for a fully integrated approach to road safety, combining vehicle technology with better road infrastructure and safer driver behaviour.”

The association warned in December that intelligent speed assistance should be introduced only gradually. It said that the technology was hampered by too many false readings due to out-of-date maps and poor sign visibility.