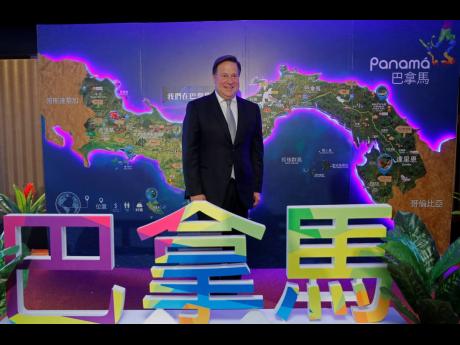 Varela said the initiative, which aims to weave a network of ports, bridges and power plants linking China with Africa, Europe and beyond, is a chance to exploit Panama’s potential as a link between Asia and the Americas.

“The Belt and Road is all about connectivity and Panama is one of the most connected countries in the region. We have a very important airport, the Panama Canal and also the ports,” Varela told reporters.

“So Panama is going to be part of that initiative because we see a big opportunity to connect Asia and America to Panama.”

Panama is contracting with Chinese companies for a fourth bridge over the Panama Canal, as well as a third line for the Panama City mass transit system.

China has also submitted a US$4.1-billion proposal to build a 391-kilometre (243-mile) high-speed rail line from Panama City to the town of David near its border with Costa Rica – a project to be carried out under the rubric of the Belt and Road. Varela has praised the project as economically viable because of the boost it would offer to the Panamanian economy.

Panama is also negotiating a free trade agreement with China and plans to open a consulate in Hong Kong, a semi-autonomous Chinese territory whose role as an Asian financial hub is similar to that of Panama’s in Central America. Direct flights are also due to begin between Shanghai and Panama in coming months.Panama switched diplomatic relations from Taiwan to China in 2017, citing the demands of its trade and finance-centred economy.