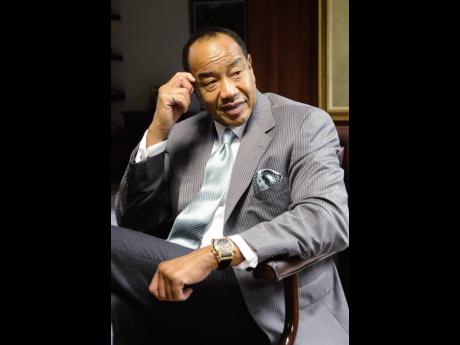 A financing deal struck between Jamaica’s NCB Financial Group and large shareholders of Guardian Holdings Limited, GHL, is turning out to be an impediment to the Jamaican banking conglomerate’s takeover of the regional insurance giant based in Trinidad & Tobago.

NCB has made an offer for an additional 32 per cent stake in GHL worth US$270 million, through NCB Global Holdings. The offer is partially financed by a US$45 million vendor loan to NCB that covers a fifth of the cost.

Imbert said to avoid breaching the law, the bank needs to pay all the shareholders with cash at the same time.

Additionally, the minister described NCB as a Caribbean company ultimately controlled by a Canadian entity. This would require NCB to apply for a foreign investment licence as required by non-Caricom entities, he said at a press conference on Friday afternoon that was streamed online.

The banking conglomerate is majority owned by Jamaican Canadian investor Michael Lee Chin through various vehicles. Its ultimate ownership resides in Lee Chin’s company Portland Holdings Inc, which is based in Ontario, Canada.

“Therefore the actual investor is Portland Holdings, a Canadian company. So NCB is a foreign investor within the meaning of the Act and requires a licence. There is no real problem or issue in respect to granting a licence to NCB in that regard,” he added.

The full implication of the latest disclosures on the status of the offer was unclear up to print time as neither NCB, nor the Securities and Exchange Commission in T&T has responded to requests for comment. Lok Jack said on Tuesday that the key shareholders would adhere to the law and the guidance of regulators.

“It is therefore expected that the Minister’s approval would now be granted, bringing this transaction to closure in the best interest of the thousands of shareholders and Guardian Holdings Limited,” he said.

NCB last delayed the closing of the offer to April 30 in order to comply with regulatory concerns raised in Trinidad. It already owns the largest block of shares, representing 29.99 per cent of GHL, a stake acquired in 2016 largely from the Lok Jack and Ahamad families, who held the bulk of shares in GHL.

At the end of 2017, NCB launched its first takeover bid for Guardian, with the intent to grow its stake to 62 per cent, but had to postpone the transaction to settle a dispute over pricing with minority owners. The Jamaican bank made an improved offer in February of this year at US$2.79 per share, repriced from the initial offer of US$2.35 per share, but has had to extend the offer three times since then.

The US$45 million loan to NCB would be repaid over three years at 6.5 per cent interest. Imbert said the vendor financing complicated the offer as it was not disclosed at the launch of the takeover offer.

“Our senior counsel also advised this loan arrangement was not consistent with the offer and takeover bid circular,” he said, but added that a possible solution could include payment for all the shares in cash, followed by a subsequent financing arrangement.

“I am hoping that in order to facilitate this, that the shareholders will come to some arrangement where there will be payment. They can always work out some other loan structure afterwards, but I am hoping that there would be an actual transaction where the shares are actually paid for when the title is transferred,” he said.

Imbert said Lok Jack has put the finance ministry under pressure to approve the deal but that the ministry only last week received guidance on the issues surrounding the vendor financing.

“He has been making a lot of noise about this investment, and urging us in Finance to get on with it and approve the licence. That is not acceptable, because we are a regulatory authority and we have to do our work without fair or favour in the public interest,” the Finance Minister said.

NCB has already disclosed that its offer has had acceptances amounting to 80 per cent of the shareholdings in GHL, but that it would only be taking up sufficient shares to get to its offer target of 62 per cent ownership of the insurance conglomerate, citing capital constraints.

Below is the transcript of Finance Minister Colm Imbert’s statement at the press conference:

“The real problem that we have had to grapple with is an arrangement with the US$45 million worth of the shares, and based on the information we have, NCB does not appear to have the sufficient cash at hand, to purchase all of the shares, that it offered to buy in its offer and takeover circular.

Some arrangement has been made between two shareholders, Universal Investments and Associated Brands Investments Limited held by Arthur Lok Jack. He has been making a lot of noise about this investment, and urging us in Finance to get on with it and approve the licence. That is not acceptable, because we are a regulatory authority and we have to do our work without fair or favour in the public interest.

So two shareholders, Universal Investments and Associated Brands Investments Limited, want to transfer ownership of their shares in GHL to NCB without an immediate cash payment. So they are proposing a loan, a paper transaction where no money passes to the shareholders. This was a complex matter that we had to deal with, because it was not stated and spelt out in the offer and takeover bid. Our senior counsel also advised with this loan arrangement was not consistent with the offer and takeover bid circular.

We have been told as well that the loan arrangement to fund the purchase of the shares from the two companies, via a loan, is in breach of section 10 of the Foreign Investment Act. We have been advised that we have to be satisfied that payment will be made for the shares, consistent with the terms and conditions of the act, and the offer contained in the circular.

This is a matter that has created some issues with us for quite a while, but this is the advice we have received. I am hoping that in order to facilitate this, that the shareholders will come to some arrangement where there will be payment. They can always work out some other loan structure afterwards, but I am hoping that there would be an actual transaction where the shares are actually paid for when the title is transferred.

Section 10 indicates that consideration of the shares to be acquired by a foreign investor shall be paid in an internationally traded currency, through a person authorised by law as a dealer in that foreign currency, save in the case of a local company where the consideration is financed from the capital reserves of retained earnings generated from operations in Trinidad & Tobago.

So either the money is paid through a bank, a licensed foreign exchange dealer, or financed out of the capital reserve out of the retained earnings.”