COK gives members a year to buy into share offer 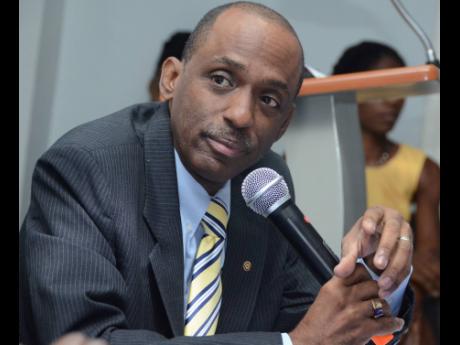 C OK Sodality Co-operative Credit Union is moving to shore up its capital base and finance a new core banking system by issuing a five-year deferred share offer to its membership that seeks to raise about $600 million.

The year-long subscription for the shares, each valued at $1, opened on February 1 and continues until January 31, 2020.

COK says it is offering interest of seven per cent in the first year and two per cent above the prevailing average six-month Treasury bill rate until redemption in 2024. Under the terms of the offer, a minimum investment of $100,000 is required.

After 51 years of existence, COK is the largest credit union by membership in Jamaica and the English-speaking Caribbean, but holds fourth place in the Jamaican market when measured by assets.

Membership stands at over 200,000, according to Chief Business Development Officer Andre Gooden, but there is a substantial amount of dormancy in the system that the co-operative is attempting to resolve.

“We have a lot of dormant accounts that we are trying to reactivate now so that we can have more leverage. Over the last three years, we’ve had a very successful reactivation programme, which has seen over 48,000 reactivations,” Gooden said.

“A lot of the previously inactive members have come in to reactivate their accounts to invest in the differed shares. This speaks to the attractiveness of the investment,” he said.

COK’s 2018 results are pending, but total assets up to 2017 were estimated at $9.22 billion, with loans at $6.4 billion. Member savings amounted to $5.11 billion, up from $4.6 billion the previous year. The credit union, only three years ago, began recovering from five years of losses – efforts led by Ambassador Aloun Ndombet Assamba, who launched the clean-up in her second stint as CEO of the credit union, which she had left to enter politics.

The new core computer system is said to be mission-critical, according to Gooden, who says COK will be spending in excess of $200 million on the information technology upgrade. It will replace a system that was installed nearly a decade ago in year 2000.

“What we want is a more robust online platform that can deal with the exacting requirements of millennials and the like,” he said.

Ndombet Assamba says the organisation has demonstrated an openness to change and innovation, which positions it to grow organically.

“COK has always been responsive and sensitive to the needs of its membership. We are providing avenues through which our members can safely invest their money and plan for their future. With our thrust for growth through innovation, we will be expanding our product offering to meet the needs of a changing demographic,” she said.