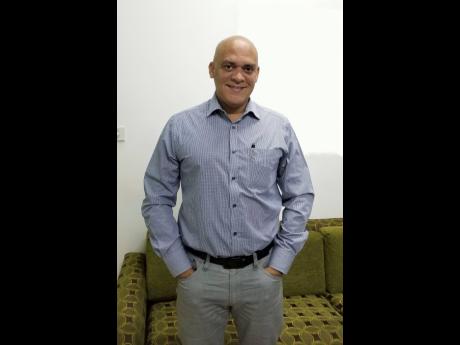 The five Russell siblings of Montego Bay, owners of the all-inclusive three-star Deja Resort on the western city’s famed ‘Hip Strip’, are satisfied that they have brought their property and brand to a level where it can be now be successfully replicated at other locations in Jamaica and elsewhere in the Caribbean.

In 2016, the children of well-known businessman Robert Russell raised US$5 million in loan funds to buy the former Gloucestershire hotel, a near 100-year-old, 93-room European plan, or EP, property that had run into bank debts. Such hotel packages are typically room-only accommodation.

Having ploughed another US$1 million into upgrading the resort from earnings, General Manager and part owner Robin Russell says he and his siblings are hunting property to expand.

Other resorts under the Deja brand could have been brought to market by now, had the enterprising family members – the others being Jason Russell, Shari Edwards, Anna-Kay Byles and Peta-Gay King – taken up offers for properties they reckon are too expensive to sustain the debt they will need to raise and turn reasonable profits.

“We are being prudent and responsible,” the managing partner told Financial Gleaner in an interview on property.

The Russell family members, at least two of whom have worked full-time with Deja, have a long-term reinvestment outlook which will see all profits being ploughed back for the brand’s development and expansion for up to 10 years.

The elder Russell, who also operated restaurant businesses in Mandeville, Manchester, and a small hotel in Ocho Rios, St Ann, many years ago, was a founding partner and former chairman of Summerfest Productions, the founders of the MoBay-based annual reggae festival – Reggae Sumfest ­­– that is now licensed to entertainment investor Joe Bagdonavich.

Describing Deja’s three-year journey as challenging, Robin Russell is of the view that the resort has built up among clients, travel agents, booking sites, airlines, tour operators and other industry partners in Jamaica and globally, tremendous trust, which has been a big part of the hotel’s success.

“Some people initially said we were crazy when we shared our business plan for an all-inclusive concept at Deja. They said the property was too small to be all-inclusive and we didn’t have a beach,” he recalls.

A partnership with the Doctor’s Cave Beach next door has effectively answered that no beach concern and creative use of space and exceptional service have done the rest, he offers as a blueprint of sorts for the hotel’s success.

That success is also measured by Deja’s reported position as the number one producer in Jamaica for Booking.com and being in the top 15 Jamaican properties for Expedia. A deal with Canadian low-cost carrier Sunwing is seeing more guests from that market, which, along with the United States east coast, Europe and the United Kingdom, account for most international guests. In Europe, visitors are mainly from Germany.

Russia and Poland are said to have been arriving in growing numbers. Russell says Deja has a special appreciation for the large numbers of Jamaicans, especially corporate guests out of Kingston, who comprise some 30 per cent of its core and repeat business.

Occupancy is said to have been running at 90 per cent since the start of this year, with the property having closed out last year at an average of over 70 per cent.

The general manager has high praises for Deja’s 96-member staff, who are credited with ensuring a high level of repeat business.An upper-level pool, authentic Jamaican food and a weekly street party are listed among the Deja’s top appeal features.

“We are a small hotel but we don’t operate small. We don’t skimp on service,” says Deja’s GM.

He adds that the resort, with its opening three years ago, made an early start in infusing new life into Montego Bay’s noted hotel and nightlife hip strip along Gloucester Avenue, now renamed the Jimmy Cliff Boulevard after the veteran Jamaican singer and actor.

Those additions include a newly revived resort that the Russells say they welcome – the S Hotel, a refurbished property that once operated as Breezes Montego Bay and is now owned by Kingston’s Spanish Court Hotel developer and investor, Christopher Issa. Issa, too, has gone for the EP model at the new Montego Bay property.

The strip has also seen the arrival in recent times of several new eateries, including a franchise outlet of Usain Bolt’s Tracks & Records restaurant also held by Issa; and coffee house Starbucks, a franchise held by business partners Ian Dear and Adam Stewart.