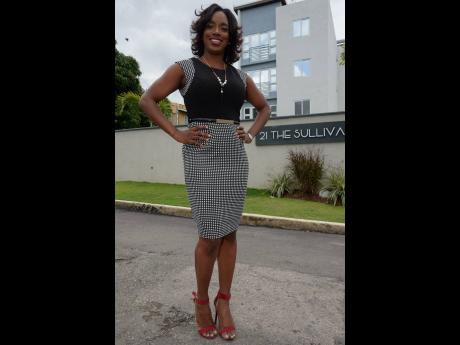 Proven REIT Limited will be developing middle-class housing in St Ann, where the ­company aims to build about 100 apartments.

“Negotiations are ongoing to acquire the land,” said President & CEO of Proven Management Limited Christopher Williams but otherwise declined to comment on the plans. Proven REIT is the real-estate subsidiary of Proven Investments, a company managed by Proven Management.

CEO of Proven REIT Aisha Campbell said that the development would target Jamaicans and returning residents seeking apartments for full-time usage or for investment purposes. Also, those holding as investments would be permitted to rent on sites such as Airbnb.

Campbell said a deal could emerge by month-end from ­ongoing negotiations, at which point the details of the development, including the location, could be disclosed.

Proven REIT plans to build a mix of apartments on the property in St Ann, but details are only known of its studio sizes, which are set to be some 600 square feet. That would be equal to the larger ­studio apartments at the company’s second development on Sullivan Avenue in Kingston.

Proven holds commercial ­property outside of Kingston, but its residential projects have so far been focused on Kingston – the first at Kingsway, a second at Sullivan Avenue, and ongoing projects at Millsborough Avenue and Braemar Avenue in New Kingston. Its commercial investments include the former Empire Supermarket in Portmore Pines, St Catherine, which has been retrofitted by call centre lessee IBEX International. Proven also has a commercial call centre park development planned for Bloomfield Estate in Mandeville. The company reportedly wants a partner to spread the risk of development. During the December 2018 quarter, Proven also purchased commercial property, which it expects to further boost its rental income.

Proven Investments made a profit of US$8.7 million over nine months ending December, up 13 per cent year on year.