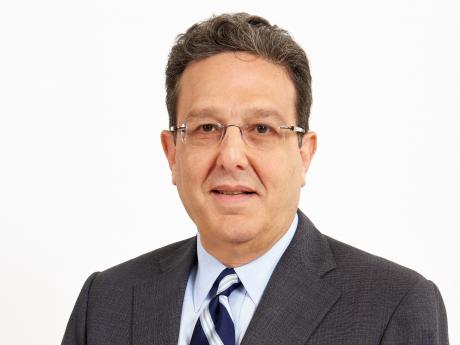 Joseph M. Matalon ... Since 1987, has been a director of The Gleaner Company Limited.

Joseph M. Matalon has been appointed chairman of RJRGLEANER Communications Group, effective May 1.

Since 1987, Matalon, has been a director of The Gleaner Company Limited, now trading as 1834 Investments Limited.

He will succeed Oliver F. Clarke, OJ, who will demit office as chairman on April 30.

Clarke will, however, remain a director.

In a statement this afternoon, Chief Executive Officer of the RJRGLEANER Group Gary Allen also announced the following management changes:

Christopher Barnes - will remain managing director of The Gleaner Media Limited but as Chief Operating Officer of the Group will now focus primarily on the portfolio of strategic projects and initiatives as the Group moves to diversify its media and communications business.

Garfield Grandison - returns from leave of absence to manage the day to day activities of The Gleaner Company (Media) Limited as General Manager (Acting).

Claire Grant - will be General Manager of Radio and Television Jamaica.

Roxanne Walters - who served as Marketing and Sales Manager, Radio will continue in the division.

Dr. Dennis Howard - Relinquishes the role as general manager – radio services, and will resume as a director of Independent Radio Company.