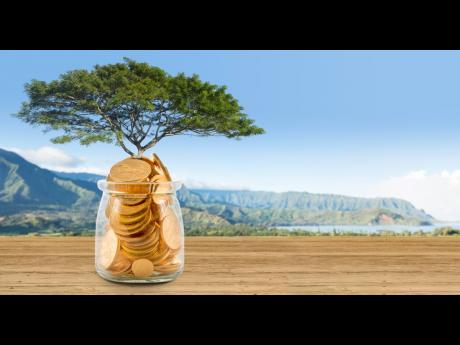 The Jamaican Government did not meet the objective of its Special Early Retirement Programme (SERP) as the level of participation achieved was only 37 per cent, or 597 public-sector workers of the take-up target of 1,600.

The minister of finance, in February 2017, approved the programme for eligible employees in the public sector aged 50 to 59 to take up early retirement through an incentivised package.

It was intended to support public-sector pension reform and cut the Government’s wage bill to nine per cent of gross domestic product by March 2018, in line with commitments made under its economic programme with the International Monetary Fund.

However, Auditor General Pamela Monroe Ellis, in a report posted on the department’s website, said the Ministry of Finance implemented the programme without first ensuring that all the requirements for financial viability had been met.

In the report of an audit she commissioned, Monroe Ellis said that despite securing Cabinet approval over one year before, the ministry failed to undertake a comprehensive survey of eligible civil servants in order to gauge whether the programme could be successful.

“We found that the Government implemented SERP without first conducting a comprehensive survey to determine interest and possible take-up rates from the total eligible population,” Monroe Ellis said.

The ministry’s measure of the financial viability of the programme also did not include a metric for the impact on service delivery, she said.

Hence, there was a disjuncture between the expected reduction in the wage bill and maintenance of essential job functions.

Heads of ministries, departments and agencies were also advised that any rehire that takes place consequent on the programme should not exceed 15 per cent of the total savings generated by the SERP.

Monroe Ellis said it was therefore not surprising that some heads of department and permanent secretaries could not reconcile how they could contribute to the success of the programme while maintaining the level of service delivery.

Records of the programme’s oversight committee also revealed that some members believed that after the retirees left the public service, the posts would be deactivated or abolished.

“This apparent confusion underscored the important role of the ministry to engage permanent secretaries and heads of department to obtain buy-ins for the programme,” the auditor general said.

“This may have also influenced the low level of applications and approvals. Our survey of permanent secretaries and heads of department revealed that some viewed the 15 per cent cap as limiting their ability to employ suitable replacements to maintain service delivery,” Monroe Ellis said.

Noting that the programme suffered from inadequate planning and monitoring, she also said the oversight committee did not effectively oversee its implementation.

Since inception, the committee, which was responsible for providing overall guidance, has met only three times, with the last meeting held on January 30, 2018, a month before the February 28, 2018, deadline for the submission of applications.

She said the Ministry of Finance provided information that the accountant general paid $1.7 billion with respect to 538 approved applicants. However, it was unable to provide information on payments through municipal corporations and executive agencies.

Information obtained directly from four agencies revealed total payments of $37.3 million for incentives and gratuity to 22 of the retirees.

“This deficiency undermined credibility and transparency in the implementation and monitoring of SERP,” Monroe Ellis said.

The auditor general also said the programme’s communications strategy was less successful than anticipated in building awareness and encouraging buy-ins.

“The ministry scheduled the communication and public-relations activities to take place over the period December 2017 to March 2018,” she said.

However, the ministry cancelled its planned press conference, which would have provided further opportunity for the Government to directly engage and clarify concerns of prospective retirees and stakeholders, and instead issued a news release, citing ongoing tense public-sector wage negotiations as a reason for the change.

Monroe Ellis said more than 35 per cent of heads of department and permanent secretaries surveyed, as well as human resources managers of seven ministries, departments and agencies, believed that the time frame for submitting applications was too short.

Respondents also identified a lack of clarity regarding the implementation and implications of the programme as factors deterring their participation, as demonstrated by the low take-up rate.