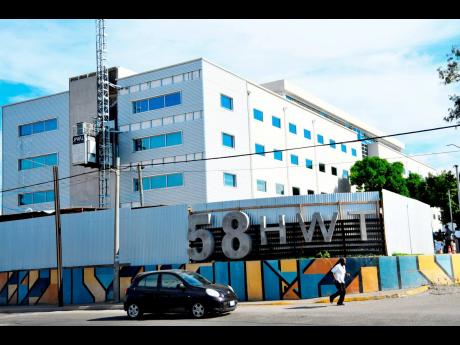 Property company Stanley Motta is looking to a steady income stream for the next five years now that 58 Half-Way Tree Road is complete and fully tenanted.

Year-end 2018 results for the company show a more than doubling of profits, which moved from $845.5 million to just over $2 billion. Board Chairman Melanie Subratie has said the profit boost is mostly attributable to asset revaluation, a natural outcome of construction and completion.

Revenues tripled, moving from $72.26 million to $269.8 million. Subratie said the fact that the project is now fully tenanted means that there is a clearer picture of continued earnings from the project.

“If you look at the revenue for the development, what you will see is that there was an increase in the operating revenue year on year, and that’s because we had more square footage rented,” she said, noting that the amount of space rented doubled.

“The entire development is 100 per cent rented, and there is no more space,” she added.

The $2-billion bottom line meant that earnings per share moved from $1.99 to $2.72. Stanley Motta shares closed at $5.31 at midweek, putting the price-to-earnings ratio at just about two times, well below that of rivals such as Panjam, Kingston Properties and Sagicor X Fund. However, Subratie is not fazed as she believes that it is early days yet and that the market is yet to appreciate the true value of Stanley Motta shares.

“To be fair, we’ve only had two quarters released to the market. I have great faith in the business. We’re invested in it. We have a very secure business model with five-year lease contracts. The revenue is the same, and reliably so every month. The tenant pays on time, and there’s a great relationship,” she said of business process outsourcing outfit Alorica.

Subratie says the client, with whom they have a five-year deal, has so far sunk a lot of additional funds into outfitting the property. She said that although the client has taken possession of the completed structure, they are still busy making the space fit for purpose.

“That is why when you look at the building at the front, you will see that construction is still on going there because they have things stored there as they are building out,” Subratie said.

She said Stanley Motta will continue to get rent in United States dollars while they address any property-management needs and make 58 Half-Way Tree Road “the best place to work in Kingston, or Jamaica, for that matter”.

“There is potential for growth in the next five to 10 years in terms of some buildings that are not densely built upon or buildings that are single-storey. In addition, the value of land in Kingston, as a whole, and all of the pressures on land, with the new attitudes to building, all of that will impact this piece of real estate,” she said.