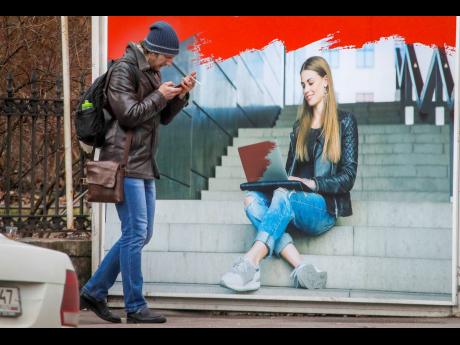 AP
A man walks past an ads poster at an Internet devices shop in St Petersburg, Russia, on Thursday, April 11. Russian lawmakers approved on Thursday a bill that would expand government control over the internet.

Russian lawmakers approved a bill on Thursday that would expand government control over the Internet and which opponents fear heralds a new era of widespread censorship.

The bill would install equipment to route Russian Internet traffic through servers in the country. That would increase the power of state agencies to control information and block messaging applications, while users would find it harder to circumvent government restrictions.

The bill’s backers say it’s a defence measure in case Russia is cut off from the internet by the United States or other hostile powers.

Nikolai Zemtsov, a lawmaker who backed the bill, told The Associated Press that Russia could cooperate with ex-Soviet countries on a “Runet” where news from critical Western media was restricted.

“It could be that in our limited, sovereign Internet we will only be stronger,” he said.

But the move has caused concern in a society that has become used to an open Internet. Several thousand people took to Moscow’s streets in protest last month.

Sergei Boiko, a libertarian activist who helped organise the protests, said there could be further demonstrations.

Boiko predicted Internet speeds in Russia would slow dramatically due to the installation of equipment required by the bill, and said it could “pickle” Russia’s fast-developing tech sector.

“The authorities are prepared to accept the degradation of the Internet in Russia for the sake of controlling it,” he said.

The bill passed by 322-15 in a second reading in the Lower House of parliament.

The second reading is when amendments are finalised, and is usually the most important. The bill must pass a third reading and the Upper House before being signed into law by President Vladimir Putin.

Since last year, Russian authorities have been trying to block the messaging app Telegram, which has refused to hand over users’ encrypted messages in defiance of a court order.

Russia already requires certain personal information about Russian citizens to be stored on servers in the country. That measure led to the social network LinkedIn being blocked in 2016.

By moving to exert more control of the Internet, which is not overseen by a central authority, the Russian government is taking a page from China’s playbook.

China subjects its 700 million internet users to extensive monitoring and tight controls. Beijing has a system of automated filters – known as the ‘Great Firewall’ – to block political content as well as sites related to gambling and pornography. Chinese users are blocked from using Western Internet sites such as Facebook, Google and Twitter, leaving the market open for homegrown giants like Tencent.

Chinese regulators have ratcheted up control on local microblogs such as Weibo, ordering them to set up a mechanism to remove false information. They’ve also been cracking down on virtual private networks – software that can be used to get around internet filters by creating encrypted links between computers and blocked sites.