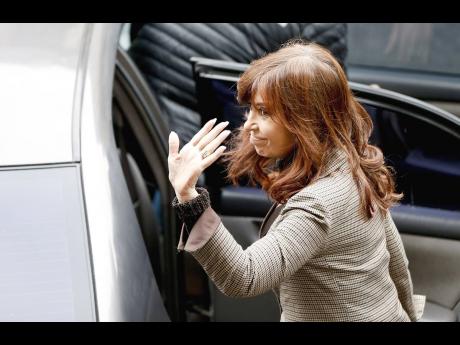 Brazilians tend to be manic.

They feel like they are living in either the best or worst country in the world. And there is never anything in between these two extremes.

Argentines, however, tend to be hysterical.

A visit to a local football match confirms the passion that runs thick through the blood of the population. It is primordial.

Right now, hysteria is on a rampage in the Argentine financial markets. While most international investors are stoically counting down the weeks until the presidential elections, Argentine investors are running around like decapitated chickens.

Yet, a closer look at the situation reveals that there is no bogeyman in the closet. The country is not going to default or go into hyperinflation. It is not going to become Venezuela or Cuba.

On the contrary, thanks to a booming export sector and an unwavering commitment from the IMF, the level of economic activity is on the mend and the country has the resources needed to meet its external obligations.

A jaunt through Buenos Aires showed that the level of economic activity is high. An evening visit to the working class neighbourhoods of Once and Caballito did not show an endless line of shuttered store fronts — as was the case in the cataclysmic economic collapse of 2002.

Again, on the contrary, there was a new line of offerings, from Poke to Vape shops, reflecting the changes in international tastes of a new generation. The streets were full and the restaurants were booming.

A stroll through the more touristy neighbourhoods of Recoleta and Puerto Madero exposed an invasion force of Brazilian tourists, taking advantage of the incredible prices that abound in Buenos Aires.

After ending a Southern Cone tour of Latin America, I found that Argentine prices were a good 70 per cent below neighbouring Chile and Uruguay. It is understandable that inflation is high, as the re-equilibration forces work to bring the country’s purchasing power back towards parity. Therefore, there is no chance that the economy is going to lose its level of competitiveness with the current changes in inflation — at least not for a while.

The magnitude of last year’s devaluation was so huge that it is logical that there would be a significant amount of lingering inflation.

Moreover, the proof is in the pudding. The export sector is on fire. The harvest was 45 per cent larger than last year. Tourism is booming. And export industries, such as wine, poultry, textiles and tobacco, are posting double-digit gains.

It is only a matter of time until this is reflected in the aggregate economic data. Furthermore, thanks to the International Monetary Fund, IMF, the government has the resources to easily meet its financial obligations.

Last Friday, the Ministry of the Economy posted sources and uses of funds, and it revealed that it had excess liquidity of more than US$9 billion this year, after accounting for its internal and external obligations. This gives it some leeway for slippage on the fiscal performance and/or pressure on the exchange rate.

I repeat – there is no need to panic.

The hysteria about the political situation is way overblown. Yes, it is true that President Mauricio Macri’s poll numbers continue to drop, while former President Cristina Fernandez de Kirchner’s numbers continue to climb. However, most simulations show that in a run-off election, he would still win the day.

Macri is definitely paying the political costs of the deep recession. Yet, the economy has bottomed out and it is turning the corner. There is also an avalanche of public works that are going to be inaugurated over the course of the next two months, which is going to radically improve the quality of life for millions of Argentines.

Last of all, in the worst of the cases, should Cristina win, the IMF has met with shadow Economy Minister Axel Kichiloff and he has vowed to continue with the IMF programme. From an economic perspective, there would be continuity of the current plan.

Perhaps, this is one of the reasons Cristina is so quiet. If she begins to say such things, then she would not offer any policy alternatives to the current economic programme.

So, why change the national leadership?

All of this confirms that there is nothing that merits the hysteria that is raging in the media and the markets.

The Argentine economy has bottomed out and is on the mend. The IMF has provided the country with the ample resources it needs to meet its internal and external obligations, without having to return to the international capital markets. Yes, several mistakes were made, and the economic dream team turned out to be a flop, but those setbacks are receding into the rear-view mirror.

It’s time to stop the panic. Instead, it is time to realise, that with the synchronised relaxation of global monetary policy, Argentina is a cornucopia of double digit opportunities.