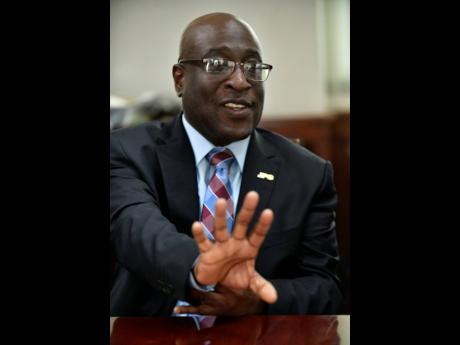 Power utility Jamaica Public Service Company, JPS, will commission a US$25 million storage facility in phases this year as a safeguard against power outages.

The 24.5 megawatt plant, the first of its kind for Jamaica, will be installed at the company’s Hunt’s Bay power station in Kingston.

“We expect to get some of it functional by the second quarter of this year,” Blaine Jarrett, JPS vice president of energy delivery, said Thursday. That period would be anywhere between now and June.

The full commissioning of the storage facility will occur before year end. It will act like a giant battery that charges when solar or wind-energy plants generate energy, and release power during low periods of renewable power generation, arising from cloud cover or low wind speeds.

Renewables as a source of electricity, both generated by JPS and its independent power providers, have been incorporated into the national grid since 2016. The result was cleaner fuel but fluctuating power during low periods.

The storage facility will allow the company to maintain consistent power supply and curtail the power fluctuations. Jarrett said customers in Manchester and its environs will benefit from less power cuts following the installation of the storage facility.

Peak energy usage in Jamaica occurs between 6.30 p.m. and 9.30 p.m., which matches the time that solar plants reduce power generation, according to previous disclosures by JPS. Additionally, wind farms optimally generate power at nights but after peak periods. The energy at the new facility would be brought into play at peak periods, utilising the power already stored.

The project arose out of board discussions at JPS in mid-2017, on the need to develop a hybrid energy storage solution in consultation with the Office of Utilities Regulation.

The addition of renewable to the grid is part of a energy diversification programme that sees JPS moving away from heavy fuel oil and rebalancing the energy mix with natural gas as well as cleaner fuels.

JPS currently generates 11 per cent of its power from renewables, and 50 per cent from LNG. The power utility expects to increase its reliance on LNG to some 80 per cent in five years.