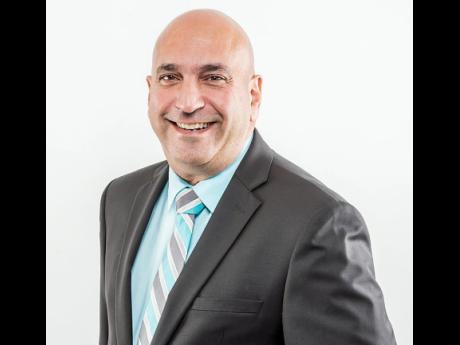 Sagicor Group Jamaica will invest the equivalent of $2.6 billion to build out its investment services in the Cayman Islands, in a bid to grow regionally.

It comes on the heels of record profit for Jamaica’s largest insurance conglomerate, which also overtook big bank Scotia Group to take the number two slot among listed companies with the largest bottom lines.

The Cayman expansion is being done through investment and wealth subsidiary Sagicor Investments Jamaica Limited, which last year grew its assets management from $89 billion to $140 billion last year.

“We are capitalising it initially with US$20 million and expect to deliver profits of US$3 million this year,” said Sagicor Group President and CEO Christopher Zacca at a press conference on Monday at Sagicor’s head office in New Kingston.

Sagicor Investments has applied for an investment banking licence in Cayman and awaits regulatory approval.

“We already have clientele and will launch by the second or third quarter,” he said.

The wider group, whose flagship business is insurance, earned $13.9 billion in net profit for its year ending December 2018, which was 15 per cent higher year on year due in part to a 1.3 per cent rise in revenues to $70.65 billion.

That profit outturn put it more than a billion dollars ahead of Scotia Group Jamaica’s $12.8 billion of net profit, but neither are anywhere close to closing the gap with front runner NCB Financial Group, which produced outsize profits of $28 billion last year.

Sagicor Group’s bottom line benefited from a shift in accounting for a key investment in Playa Hotels & Resorts. It adjusted the accounting of its large investment in the Playa group to avoid the negative fluctuations in the value of the stock, which trades on the Nasdaq exchange in the United States.

Sagicor acquired its stake in Playa at US$10.49 per share when the deal closed last year. The stock traded at US$7.67 on Monday.

The stake in Playa was previously recognised as a portfolio investment but it has now been converted to associated company. Before the accounting changes the market value of the stock would have been reflected on Sagicor’s books.

“I always said that our investment in Playa was best reflected by this approach. The fact that President Trump has a fight with China and US stock markets are depressed, bringing down the value of shares, is not a reason why our shareholders should be affected negatively in terms of value by this investment,” said Zacca.

Sagicor Group holds 15 per cent of Playa through different entities. Usually, investments are classified as associated companies after ownership surpasses a 20 per cent threshold. However, Sagicor Group Chief Financial Officer Ivan Carter said they were able to demonstrate that, despite holding less than one-fifth of Playa, Sagicor held sufficient influence on the company’s board and therefore met the criteria to recognise it as an associate.

The transaction was agreed by Sagicor’s auditors, he said.

“In fact, that was one of the reasons the financials were delayed as the auditors were reviewing and researching, and then validated our approach,” said Carter. “You can own less than 20 per cent, but you have to exert significant influence,” he added.

“That is how we have been able to make a case for significant influence on Playa,” Zacca said.