Sagicor to float $5b ETF on JSE 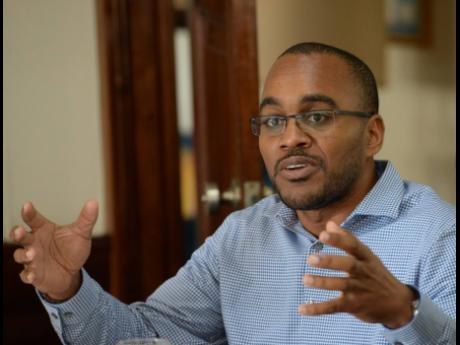 Financial conglomerate Sagicor Group Jamaica has bundled its holdings in financial stocks into a single entity, Sagicor Select Funds Limited, which it aims to float on the stock market as an exchange traded fund or ETF.

It’s one of two ETFs that Sagicor intends to list on the Jamaica Stock Exchange. The other would bundle distribution stocks, but it’s timing would likely rest on the creation of a trading and distribution index by the JSE.

Sagicor Group first disclosed plans for the Sagicor Select Fund in its annual earnings report released a week ago. It said then that the company would apply to list the Sagicor Select on the main market if the offer for shares in the ETF hit at least $5 billion of subscriptions.

However, the head of the conglomerate’s investment subsidiary Kevin Donaldson later clarified to the Financial Gleaner the $5 billion target related to both funds, but the company was weighing two alternatives. Sagicor would just do one ETF for now, he said, if the investor take-up of the first ETF hit the $5 billion target.

The Sagicor Select ETF will track the performance of the newly formed JSE Financial Index, which was launched by the exchange on March 1. The index comprises 23 stocks, inclusive of fincos, insurance and microfinancing companies on the main and junior markets.

Donaldson, CEO of Sagicor Investments Jamaica Limited, said Sagicor Select would hold investments in roughly 30 equities spanning the JSE main and junior markets. He added that the composition of the ETF would closely mirror the JSE Financial Index in terms of the weighting of the stocks in that index.

JSE managing director Marlene Street Forrest was in meetings and not reached for comment on what conditions Sagicor would need to satisfy to list its ETF, and the weightings applied to the financial index.

The advantage for investors in the ETF is that it would average down the risks but also the gains involved in purchasing the 30 individual stocks.

“We are responding to the demand of our clients,” said President & CEO Sagicor Group Jamaica, Christopher Zacca, when asked about the ETF.

Sagicor currently leads the unit trust market, with Sigma branded products that also invest in individual stocks on the equities market. However, Sagicor Select would provide a different choice by allowing investors to specialise in specific sectors without the attendant concentration risk.

“Sometime, clients want exposure to finance or distribution,” said Zacca. “There is a real demand for it,” he said.

Exchange traded funds would add a new layer of sophistication to Jamaica’s stock exchange, with Sagicor Group seeming to be the first to market with its security. The prospectus is under review by regulators but Sagicor hopes to float the ETF in May.

“We think that the next progression in our market will be ETFs,” said Donaldson. “The JSE just created a financial index, so the ETF will follow that. That is the first ETF. And the second will follow all the distribution companies in the market.”

The JSE Financial Index commenced last month at a base of 100 points. It closed Thursday at 99.85 points, having bounced back from a low of 96.62 points on April 15.

When listed, investors can track the performance of the Sagicor Select ETF either through the net asset value of the fund or the movement of the financial index, Donaldson said.

Jamaica Stock Exchange first announced last year – in line with plans to grow trading activity on the stock market – that ETFs would be among the new products to be added to the platform.

Sterling Asset Management CEO Charles Ross noted at the time that ETFs would allow smaller investors an opportunity to invest in one security at a lower cost rather than spending more for the same basket of individual stocks. He added however that in an illiquid market, the ETF’s performance might vary away from the index movement.