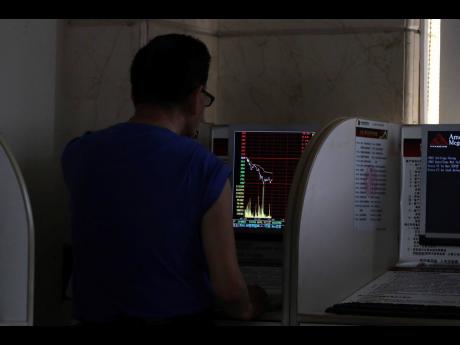 AP
An investor monitors prices at a stock brokerage in Beijing on Tuesday, April 23, 2019. Asian stocks were mixed on Tuesday while oil prices soared to their highest level since October. 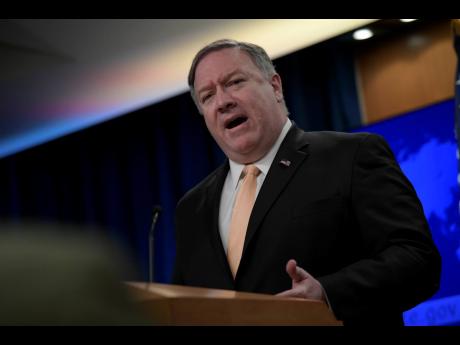 Energy analysts at Raymond James & Associates are warning that US imposition of tougher Iranian oil sanctions is “unambiguously bullish” for the price of oil.

The analysts said in a report Tuesday that United States ally Saudi Arabia will take its time to ramp up oil production to make up for the lost Iranian oil exports.

Global oil prices are climbing in the wake of the US move to impose sanctions on countries that buy Iranian oil.

The US announced the sanctions last year to push Iranian leaders to renegotiate an agreement aimed at keeping them from developing nuclear weapons. But some countries got temporary waivers that allowed them to import Iranian oil. The waiver announcement upset key oil-producing countries in the OPEC cartel after they had increased supply in expectation of lower Iranian exports.

The US now says those waivers expire May 2.

Among those affected are China, India, Japan, South Korea and Turkey. US Secretary of State Mike Pompeo said Monday the US is counting on ally Saudi Arabia to ensure sufficient supply.

The analyst wrote Tuesday that the Saudis, along with Kuwait and the United Arab Emirates, “will likely be much more wary about increasing production in advance of clear evidence that Iranian supply is falling”.

On Tuesday, oil on the New York Mercantile Exchange was trading at US$65.65 per barrel while international Brent crude rose 14 cents to US$74.18 per barrel.

The European Union, meanwhile, is criticising the US decision to impose sanctions on countries that buy Iranian oil and warns that the move could damage an international effort to stop Iran developing nuclear weapons.

European Commission spokeswoman Maja Kocijancic expressed “regret” Tuesday over the US decision and that it “risks further undermining” the Iran nuclear deal.

Trump pulled out of that pact last year, saying it does nothing to stop Tehran developing missiles or destabilising the Middle East.

Since then, the EU has put measures in place to sidestep US sanctions on Iran, including a way to keep financial supply lines to Tehran open and protect European businesses operating there.

India said Tuesday it would buy crude oil from other major oil-producing countries in view of the US decision.

India bought 23.6 million tons of Iranian oil in the financial year ending in March 2019, said Y.K. Baweja, India’s Petroleum Ministry spokesman. He did not give details of India’s plans.

Iran was the third-largest oil supplier for India after Iraq and Saudi Arabia. Imports account for more than 80 per cent of India’s oil needs.

The US sanctions would choke off more than US$50 billion a year in Iranian income, Pompeo said.