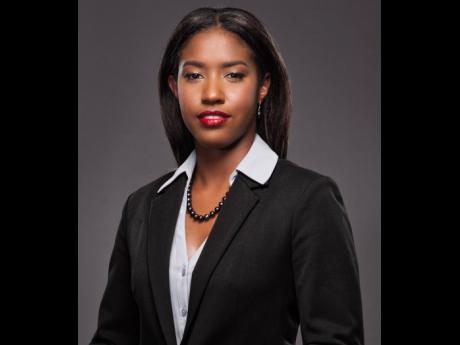 Companies considering a merger with or acquisition of a competitor in their market should consider whether that transaction may run afoul of the competition legislation.

Such a transaction could potentially represent a breach of the provisions of the Fair Competition Act, FCA, if it is deemed to substantially lessen competition.

The Fair Trading Commission, FTC, has the power to seek an order from the court that could lead to penalties, including a fine, for the participating entities, in addition to which the breaching transaction will be of no effect.

One of the functions of the commission is to carry out investigations or inquiries in relation to the conduct of business in Jamaica to determine whether any enterprise is engaging in business practices in contravention of the FCA and the extent of those practices. In addition to the ability to investigate such transactions, the FCA gives the Commission the power to institute proceedings against the breaching parties in the Supreme Court.

The commission’s investigative function should be considered along with Section 17 of the FCA, which makes unenforceable any agreement or provision within an agreement that has the effect of “substantially lessening competition in a market”.

A merger may be generally defined as the acquisition, in any manner, of control over or significant interest in, the whole or a part of the business of another person or the amalgamation of competitors. It is therefore possible that a merger between competitors in a market may be investigated by the Commission to determine whether or not the entities engaged in this transaction are engaging in conduct which is likely to substantially lessen competition in the market.

The commission has provided detailed guidance on the factors that may be considered to determine whether a proposed transaction would substantially lessen competition in the market. Generally speaking, this includes:

• How the agreement is structured;

• What is the “market” covered by the agreement; and

• How this agreement could possibly affect entry by a third party to the market.

Each transaction is considered on a case by case basis based on the relevant factors in each case.

A merger or acquisition – M&A activity – that is found to substantially lessen competition in the market place may be deemed unenforceable under the FCA. The commission may make this determination even if the transaction has already been approved by another government entity, for example, a sectoral regulator.

In the case of Fair Trading Commission v Digicel Jamaica Limited, the Commission successfully argued before the Supreme Court that it had jurisdiction to review the acquisition of Claro by Digicel. The Supreme Court stated that the intention of the legislature was to give the commission “jurisdiction in all cases which resulted in the lessening of competition. Section 17 was intended by the legislators to prevent uncompetitive practice”.

On appeal, the Privy Council agreed with this conclusion and upheld the Supreme Court’s decision. The Privy Council found that, while the legislation does not specifically speak to the review of mergers and acquisitions, section 17 is sufficiently broad to include these types of transactions in circumstances where such a transaction would substantially lessen competition in the market place.

To avoid an unpleasant surprise, the parties to a proposed merger or acquisition, or other transaction that is likely to result in conduct prohibited by the FCA, may apply to the commission for an authorization of the contemplated transaction.

The FTC may grant such an authorisation in circumstances where it is satisfied that the proposed agreement or provision is likely to promote the public benefit.

In contrast, if a transaction is deemed to be anti-competitive, the Commission could challenge the agreement and it appears, seek injunctive relief from the courts or unwind the transaction.

As the aftermath to the Digicel case shows, it is unclear what the consequences or penalties are when a transaction is deemed to be anti-competitive after it has already occurred.

However, at the very least, the purchaser company may find itself embroiled in expensive and time consuming litigation with the commission.

The Fair Trading Commission has the power to review any transaction, including any merger or acquisition, which is likely to substantially lessen competition in the market.

Companies contemplating M&A transactions, in particular those falling within the circumstances outlined, are urged to seek advice about the applicability of the FCA to the specific transaction, how best to structure the agreements and the transaction itself and, if the FCA is applicable, to request authorisation from the commission.

Potential regulatory roadblocks may be avoided by applying for prior authorisation from the FTC. However if this authorisation is granted, it will be subject to the provisions of the FCA.

Kelly Akin is an attorney-at-law in the Kingston office of the law firm DunnCox.