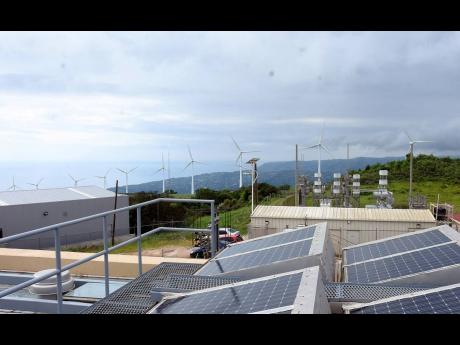 The number of applicants for shares in the Wigton Windfarm IPO has exceeded the 10,000 goal set by the Jamaican Government.

But a representative of lead broker Mayberry Investments Limited, who confirmed the level of subscriptions, said “public sector applications represent less than five per cent of the total so far”.

A senior official at Sagicor Investments Jamaica, which is one of the sales agents for the offer, said the brokerage had opened some 2,000 new accounts as a result of the Wigton IPO, and that it appears other firms were also adding new accounts based on interest in the renewable energy company.

The Jamaican Government is aiming to raise $5.5 billion from the initial public offering of shares in the Manchester-based wind farm. Alongside the 10,000 subscriber target, it also reserved 20 per cent or 2.2 billion of the 11 billion shares on offer for public sector workers.

Wigton Windfarm Limited is a subsidiary of state-owned Petroleum Corporation of Jamaica.

The Development Bank of Jamaica, which is the state agent in charge of government divestments, is concerned at the low interest shown by government workers in the IPO, even while upbeat that the overall offer itself was so far a success.

“The Government has allocated 20 per cent of shares for public sector employees, and I hope that every single civil servant or member of staff of a government ministry, department and agency will purchase even the minimum number of shares,” said DBJ Managing Director Milverton Reynolds.

“This is too great an opportunity to miss. At fifty cents per share, every Jamaican can own a piece of a national property while improving their financial condition,” he said.

The Wigton IPO offer opened on April 17 and will close on May 1. The reserved shares not taken up by public sector workers will be made available to the general public for subscription.