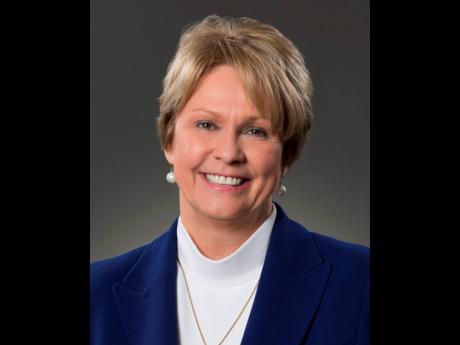 Warren Buffett's Berkshire Hathaway will finance a bid by Occidental Petroleum for Anadarko, potentially upending Chevron's US$33 billion offer for the energy company.

At stake are choice oil and gas fields spread across Texas and New Mexico, including a 75-mile-wide corridor across the Delaware Basin, a region bountiful with natural gas.

Anadarko Petroleum accepted a buyout bid from Chevron earlier this month, but it's now considering Occidental's offer worth about US$57 billion in cash and stock, including debt and book value of non-controlling interest. Chevron's offer would be worth about US$50 billion by the same metric.

While Chevron maintained Tuesday that its signed agreement with Anadarko is superior, with Buffett stepping in many saw the advantage swing decidedly toward the much smaller Occidental and its CEO, Vicki Hollub.

When Chevron announced the deal for Anadarko on April 12, it came as a surprise to Hollub. She had been pursuing Anadarko for two years and was in what she considered to be friendly negotiations, although she was aware there was interest in Anadarko from elsewhere.

"We are thrilled to have Berkshire Hathaway's financial support of this exciting opportunity," Hollub said Tuesday in a prepared statement. "We look forward to engaging with Anadarko's board of directors to deliver this superior transaction to our respective shareholders."

When Occidental announced its counter offer last week it set up something not seen for years in the oil patch — a potential bidding war.

"Even if we look back at two decades of history, this is virtually unprecedented," said Pavel Molchanov, senior vice president and equity research analyst at Raymond James & Associates.

If Anadarko does walk away from Chevron, it would have to pay a US$1 billion breakup fee under its agreement.

Yet the entry of Buffett's Berkshire Hathaway could lead to Chevron's exit. That was the perception on Wall Street Tuesday.

Shares of Chevron rose 3 per cent with many investors believing it would choose not to escalate the fight for Anadarko and raise its US$50 billion bid.

In his annual letter to shareholders this year, Buffett said he was having difficulty finding large-scale investments with which to plough a portion of his roughly US$130 billion pile of cash and short term investments.

It appeared Tuesday that he found at least partial solution in backing Occidental's quest for Anadarko.

Berkshire will invest US$10 billion in Occidental. It would receive 100,000 preferred shares plus a warrant to purchase up to 80 million shares of common stock at an exercise price of US$62.50 each. The preferred stock will accrue dividends at 8% per year. Occidental shares traded at around US$58, down 2 per cent, Tuesday morning.

The investment is contingent on Occidental's acquisition of Anadarko.

Berkshire Hathaway Inc, based in Omaha, Nebraska, owns a range of businesses including insurance, railroads, jewellery stores as well as major investments in American Express, IBM and Wells Fargo & Company.

It's not Berkshire's track record in the energy sector, however, that would be the most valuable asset to Occidental. It's Buffett's ability to make deals happen. The Occidental financing is similar to several deals Berkshire has made since the financial crisis.

There have also been several other deals where Berkshire offered financing on preferred terms to companies that weren't associated with a deal. Those include Goldman Sachs, General Electric, Harley Davidson and Bank of America.