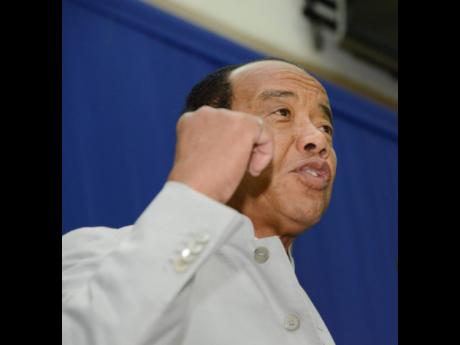 The Ministry of Finance in Trinidad and Tobago approved a licence for NCB Financial Group’s acquisition of Guardian Holdings Limited, GHL, with ‘best wishes’ for the parties to a transaction that has buy-in from shareholders but has been held up by regulatory delays.

But the Jamaican banking conglomerate, which is making the bid for Guardian through subsidiary NCB Global Holdings, still has more hurdles to clear and was forced to extend its offer for minority shares in the Trinidad-based company for three more days.

NCB said Tuesday that it still needs another permit from the central bank in Trinidad & Tobago to complete the takeover offer.

“We now await a determination on requests made for a controlling shareholder permit, and will accordingly issue a further release or notice on or before May 3, 2019, which is the new extended closing date for NCB Global Holding’s bid,” NCB said in a market filing.

The takeover offer should have closed on Tuesday, April 30. The extension pushes the bid into its 17th month.

NCB Financial, which currently owns 29.99 per cent of GHL, already has enough acceptances of its US$2.75 per share offer to minority owners in hand to meet its target for an additional 32 per cent stake in the company, but disputes with shareholders and regulators have led to a year and a half of lapses and delays.

“The minister of finance welcomes this direct foreign investment in our local financial services sector, especially by a company with Caribbean connections, and wishes all concerned all the best in their future endeavours,” said a release from Imbert.

The finance minister’s comment on NCB’s “Caribbean connections” appeared to be a subtle dig related to concerns he previously raised that NCB’s parent company is domiciled outside the region and that the bank’s ownership could be seen as Canadian. The bank is principally owned by Jamaican-Canadian Michael Lee-Chin, whose holding ultimately resides in Ontario-based Portland Holdings Inc.

NCB seeks to acquire up to 74.23 million units of GHL shares for US$207 million, which would increase its holding to 143.77 million shares or 61.9 per cent of GHL on completion of the deal.

NCB had proposed to finance US$45 million of the acquisition through a loan from key shareholders, the Lok Jack and Ahamad families, but Imbert objected, saying the financing deal had to be separated and that all shareholders should be paid in cash. NCB said it would comply, leading to the issuing of the licence on Monday.

The takeover bid was initially expected to wrap up in two months after the December 2017 offer came on the market. Resistance from minority investors over a higher share price paid to large shareholders the year before eventually led to scrutiny from the Securities and Exchange Commission in Trinidad & Tobago, and the lapsing of the deal in early 2018. NCB subsequently upped the price and relaunched its bid last December, with ­expectations that it would have wrapped up in February.