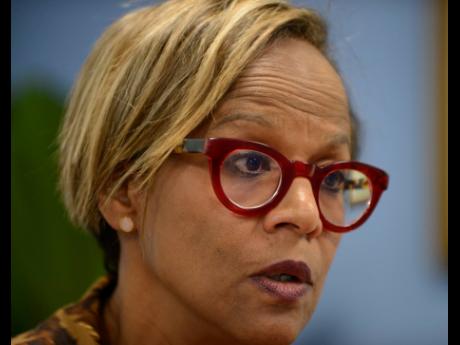 The US$68-million loan to the Jamaican Government from the Inter-American Development Bank, IDB, for implementation of the National Identification System, NIDS, remains in place, despite the Supreme Court’s recent ruling that the legislation underpinning it is unconstitutional.

IDB General Manager of the Country Department Caribbean Group, Therese Turner-Jones, said the Jamaican Government would determine how best to use the resources in line with the decision of the court and within the scope of the loan agreement.

She also telegraphed that the development bank expected issues around the ID programme to be resolved eventually, and that the system would be refined and implemented.

“The IDB acknowledges and respects the recent decision of the Supreme Court of Jamaica on the National Identification and Registration Act,” Turner Jones said in response to Financial Gleaner queries on the status of the loan. “We see this as a sign of the healthy functioning of institutions in Jamaica, and we are confident that the decision will contribute to a stronger final outcome for the NIDS project.”

Turner-Jones said the IDB believed that enhanced identity management, protection and verification are vital to ensuring that Jamaican citizens receive better services from both the public and private sectors.

“The IDB stands firmly by the Jamaican Government and citizens as they continue working together to determine the next steps for implementing of the NIDS,” she added.

According to the project information posted on the IDB website, NIDS is aimed at preserving the universal right to personal identity, providing a secure and safe environment for citizens’ and legal residents’ identity information.

It said the main objective of the project is to reduce the transactional costs associated with identity verification for citizens to access and providers to deliver services both in the private and public sectors in Jamaica.

That objective will be achieved through the establishment of a reliable and universal identification system, and the reduction in the constraints experienced in accessing birth certificates, especially for mothers and persons with special needs.

On April 12, a Full Court panel comprising Chief Justice Brian Sykes, Justice David Batts and Justice Lisa Palmer Hamilton unanimously ruled that the National Identification and Registration Act, the legislation which would give effect to NIDS, was unconstitutional, and struck down the entire law.

That was mainly because it is intended to make compulsory the taking of biometric and other data so as to provide a national identification number and card for every citizen and resident of Jamaica. The judges ruled that the involuntary nature of the policy infringes guaranteed constitutional rights.