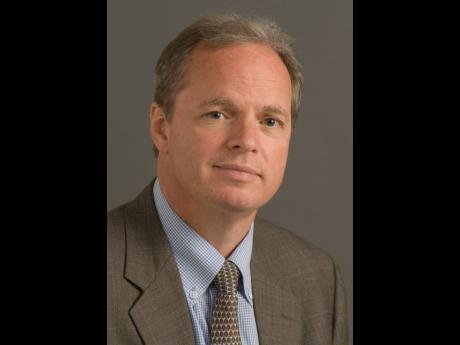 The World Bank is talking up the Jamaican economy and expressing confidence in the government’s policy direction.

This week, it announced another US$140 million in loans not originally planned for Jamaica, which adds to its already approved envelope of more than U$500 billion for the 2014 to 2019 period covered by its existing country strategy for the island of 2.7 million people.

However, Jamaica is not coming up all roses in the eyes of global funding agencies, with another multilateral agency, the International Monetary Fund, having earlier this month rapped the country over the issue of bad corporate governance and state corruption.

Newly appointed World Bank vice-president for Latin America and the Caribbean region, Axel van Trotsenburg, stopped short of saying whether the issue of corruption featured in talks he held with Prime Minister Andrew Holness on Tuesday.

The Word Bank official also used diplomatic speak to respond to a Financial Gleaner query about the bank’s views on the governance and accountability shortcomings in several government bodies in Jamaica.

“The World Bank, since the mid-1990s, has been championing rather explicitly the whole struggle against corruption, (advocating) more transparency and better governance, and that is included in our individual loans; but it is also embedded in the dialogue for our overall approach with governments, and that is worldwide. There is no differentiation among countries,” van Trotsenburg told the Financial Gleaner on Tuesday in a brief interview between engagements during his two-day visit to Jamaica.

“What we believe is that this is absolutely key for any government wherever you sit; whether you are sitting in a rich country, middle-income country or poor country. It doesn’t matter.”

He notes that good governance will lead to greater levels of trust by people in their governments. “Transparency will hopefully shed as much light on what people are doing and therefore enhance accountability. We are big fans of it. We publish any loans that we approve. I think it is good to be accountable and it will add to long-term credibility. To the extent that we can also help governments in the various aspects, you will always find a very strong partner in the World Bank,” he said.

Following the fifth review of the Jamaica’s standby programme, the IMF, in its April 22 report, cited “serious shortcomings” in the governance structure, saying “Jamaica fares relatively poorly on corruption-correlated measures such as PFM and public corporate governance with potentially significant implications for growth”.

The IMF referenced recent adverse findings by the auditor general in governance, procurement, management of capital investment and employment practices at Petrojam, Dunn’s River Falls and the Students’ Loan Bureau.

The World Bank’s portfolio of loans to Jamaican governments and to private companies, through its subsidiary International Finance Corporation, amounts to US$3 billion in the 56 years since Jamaica joined up. The bank has supported 140 Jamaican projects.

Van Trotsenburg suggests that this is money well spent. He notes that Jamaica’s relationship with the bank is not just about public- and private-sector loans, but involves analytic and advisory services, which the World Bank provides and Jamaica utilises.

Implementation of World Bank programmes in Jamaica is said to be running above the institution’s worldwide average and are believed to be achieving their intended social and economic impact.

Making the link between national consensus on policies and development success, the bank’s regional vice-president says Jamaica has led the way in forging a common understanding among critical stakeholders.

“The decision by Jamaica to create almost a compact with government, trade unions, private sector and other groups to tackle a deep-seated macro problem has been a game changer and a very possible game changer,” he remarks.

Van Trotsenburg lists among his targets for the 31 countries in Latin America and the Caribbean, during his tenure, a change of approach that provides for greater listening by the bank to the individual countries to determine their aspirations. This is critical, he says, if the bank is to remain relevant. “Innovation will also be key to the bank’s relationship with other countries, bringing to them the best possible development advice and creative approaches,” he adds.

Van Trotsenburg cautions that the five-year portfolio saw significant frontloading of US$227 million in 2014. The approved envelope for 2015 was US$180 million, and US$36.6 million was spent on projects in Jamaica in 2016. All of this has pushed support to Jamaica to US$673.6 million so far, since 2014, under the bank’s country strategy.