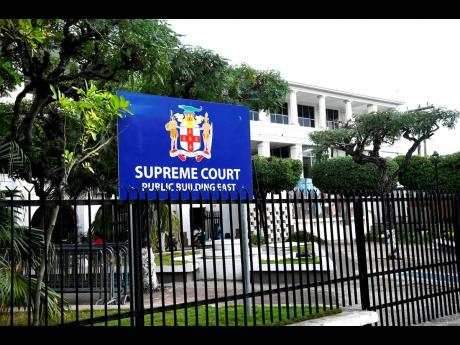 Today’s piece is part two of my March 10 ‘Garbage in, Garbage out’ column.

Garbage was used twice as metaphors. The first described an insurer’s argument. The second was a one-word opinion about its decision not to settle a third party’s claim. The rationale: they had no legal duty to do so. The policyholder caused the collision. He had failed to report it after eight months.

Policyholders are generally required to give full details in writing within 30 days.

An insurance source told me after the article was published that there are some companies who use the no-report-no-pay argument as part of on-going and unethical efforts not to pay the claims of innocent victims. This action, though unlawful, maximises earnings to which senior executives’ compensation packages are tied.

Revised regulatory guidelines that mandate fair treatment of policyholders and other claimants are ignored in the process and regulators and victims are clueless.

Last Monday – quite by chance – I discovered that local puisne judge, Justice S. Bertram Linton, made an important ruling in a case two years ago. His judgement applies to victims of no-report-no-pay claims. To my non-legal mind, that ruling is as significant to these kinds of claims as Julian J. Robinson v Attorney General was to the constitutionality of The National Identification Registration Act and the fundamental rights and freedoms of Jamaican citizens.

The former case, unlike the latter, did not receive any publicity.

The practice continues, as the reader from Montego Bay found out earlier this year.

The case was Kirk Burford v Advantage General Insurance Company Limited. Burford was the claimant and Advantage General the defendant. The nine-page judgement caught my attention like gunshots. I have been crying out like a lone voice in the wilderness for about 15 years: the no-report-no-pay argument is wrong. It is contrary to law. Justice Linton’s legal arguments were beautiful music to my ears.

Facts of the case

The Claimant was injured in a motor vehicle accident. He instituted a claim (2012 HCV 05250) against Tina McKain and Derval McKain to recover damages for negligence. Notice of proceedings was served on the defendant on September 24, 2009.

A default judgement was granted in the claimant’s favour and damages were assessed in the following terms:

On February 22, 2017 when the matter came up for hearing, the parties agreed to proceed via submissions. The court ordered that: the claimant’s attorney file and serve written submissions on or before March 24, 2017; the defendant is permitted to file its submission in response on or before April 19, 2017; and that judgement would be delivered on June 1, 2017.

The parties agree to proceed based on written submissions.

Because neither party complied with the time-table, the court moved to honour its obligation.

He sought compensation based on the fact that the motor vehicle owned and operated by Tina and Derval McKain at the time of the accident was insured by Advantage General.

He also claimed the defendant neither sought to be excluded from liability nor has the debt been satisfied.

Advantage General’s response to the claim was: they insured the vehicle; that no report was made to them until "2 years after the accident and after a claim had been filed in the Supreme Court” and they were unable to verify the circumstances surrounding the accident.

The company also said they were unable to inspect the vehicle to confirm the damages done to it and cross-reference these with the injuries the claimant claims to have suffered; and there was uncertainty about the exact location of the accident.

Based on an analysis of the information to court, from MVITPRA, and the authorities, the judge found that:

• An insurance company can seek to avoid third-party liability where at the time of entering the insurance contract there was material non-disclosure of relevant information or misrepresentation by the insured which would have caused an inability to properly assess their risk: Section 18(3) of Motor Vehicles Insurance (Third-Party Risks) Act;

• An insurance company can also avoid liability where after an accident it can be shown that the liability is not one covered under the policy of insurance notwithstanding section 18(1) of the act; and

• An Insurance company may not avoid third party liability by relying on the fact that their insured breached a condition of the insurance policy after the accident, for example, failing to report the matter to them.

According to paragraph 14 of the judgement, Section 8(1) of MVITPRA provides that:

“Therefore, the fact of a specified event occurring or not occurring after the accident has no bearing on the third party’s claim,” the court ruled.

The court declared that the insurance company must pay the judgement.

So, nearly a decade after legal proceedings began, the company was forced to settle the claim of the innocent victim.

The no-report-no-pay practice is wrong. It must stop!