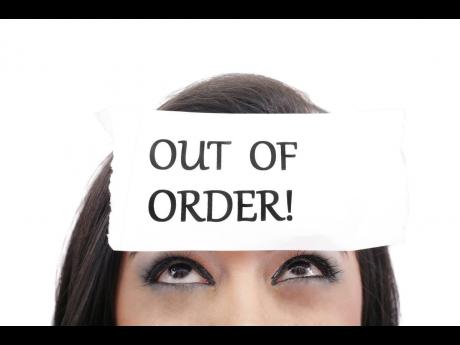 Why does your company appear to repeat simple mistakes so often? If you are a manager, it’s exhausting to chase one error after another, doing little more than fighting fires.

There may be a better approach: use the principles of ‘defect management” borrowed from Total Quality Management.

In the late 1980s the world came to recognise Japanese dominance in automotive manufacturing. The country had come a long way. Back in the 1960s, the quality of its cars was substandard with numerous customer complaints.

While the techniques they adopted to transform their situation were not new, they were the first to apply quality improvement and process management in a rigorous, systematic way.

The resulting turnaround appeared miraculous to the rest of the world, resulting in manufacturers adopting their techniques on a large scale. One of the innovations they introduced was a peculiar way to uncover operational problems that only occur in small numbers.

If your company has over 100 employees, it has the same challenge: it’s made up of intricate, cross-organisational processes which are hard to diagnose. In other words, tricky issues persist because the link between cause and effect is not easy to determine.

Take, for example, two of my favourite problems: email and meetings. Your CEO might decide to order people to spend less time on these activities, but his command would not work. The defects in both of these areas have multiple causes, which means that these forms of corporate waste are difficult to eradicate.

Here’s a way for your organisation to use this technique to stop making the same mistakes over and over again.

In their solution, the Japanese pioneered a new way of looking at defects. They argued that companies are poor at distinguishing them due to bureaucracy, company culture and internal politics. For example, managers who are trying to look good at all times are likely to disown their defects.

It’s not entirely their fault.

Most people who think of defects imagine visible and tangible errors, such as a car rolling off an assembly line with its steering wheel missing. However, you are probably a knowledge worker and the defects in your role are much harder to identify.

The chances are high that they are not being noticed or measured. For example, a meeting may be effective overall, but still full of defects. Let’s glance at the last gathering you called. Compare it against this check-list of possible defects:

• An agenda which was never assembled or followed;

• Each time someone used their smartphone to check email;

• A lack of written feedback.

By this definition, some managers have never attended a defect-free meeting. In fact, these problems may be the norm in your company, which is blind to these mistakes. Unfortunately, they add up and damage employee productivity.

Defects in your work

Now, let‘s switch to the everyday work you perform. If you are a manager, what are the defects you could be unwittingly producing with your direct reports? The way to identify them is to find the shortfalls; the places where standards aren’t being met.

For example, if a performance review conversation with your employee doesn‘t go well, consider that to be a defect. You probably aren‘t measuring the number of times this occurs, but if you were to do so, you could actually launch increasingly deep improvement efforts.

That would mean resisting the temptation to bury the defect inside a string of successes. This happens when you argue: 'How how about the other times when I don’t make mistakes. Shouldn’t I get credit for my 99 per cent success rate?'

In this context, the correct answer is ‘no’. There’s no need to be defensive. Defects are not important because they make people feel bad. Instead, they are a critical part of your efforts to uncover the details which aren‘t working. They help you craft precise interventions which produce superior performance.

If you think that this isn‘t achievable in small increments, think again. The Japanese industrial miracle was built on steady tiny gains, accompanied by knowledge accumulated over time. It gave their companies a solid competitive advantage over others who were boasting to themselves about their ’99 per cent performance’.

It’s ironic. The way to continue improving is to start by calling out defects. This puts the focus where it belongs and prevents people from hiding behind the numbers. Fail to do so and it won’t be long before a comfortable mediocrity sets in which affects productivity at every level.

Committing to removing defects takes great courage, but it’s one of the keys to competitive advantage.