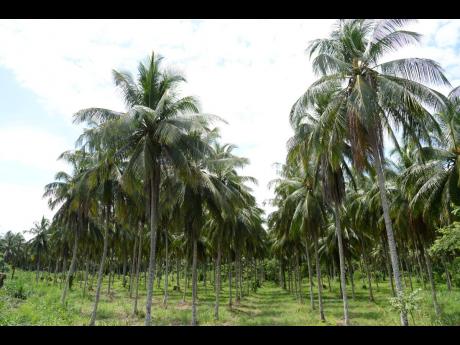 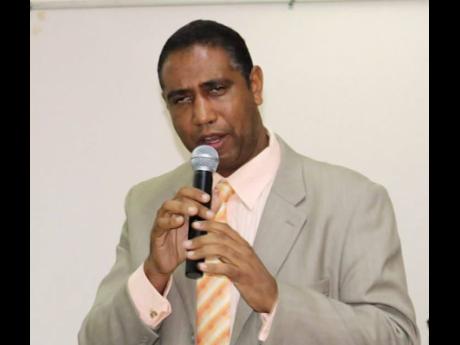 File
Christopher Gentles, chairman of the Coconut Industry Board. 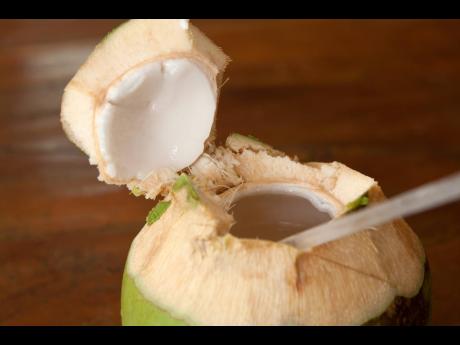 The Coconut Industry Board’s commercial plan has got the green light from the Ministry of Industry, Commerce, Agriculture and Fisheries (MICAF), and talks have already been initiated with private players on joint venture partnerships.

Coconut Board Chairman Christopher Gentles says MICAF signed off on the corporate plan about eight weeks ago, in March. Funding for the projects is still to be finalised.

“What we are doing right now is expanding nurseries on the ground. We are also looking at joint ventures for potential partners,” Gentles told the Financial Gleaner.

The business plan proposes $3 billion worth of investments in projects to increase planting and coconut yields and in processing plants.

Seprod Limited, a manufacturing and distribution conglomerate in which the Coconut Board holds the second largest block of shares, has committed land at Golden Grove in St Thomas to increase tree acreage, while agriculture company Fred M Jones Estate has agreed to ­create a “coconut corridor” on lands in St Thomas and another in St Mary, Gentles said.

Jamaica currently has about 40,000 acres of land under coconut and, according to Statin data, growers reaped 127 million nuts last year. The Coconut Board now wants to add another 60,000 acres.

In addition to Seprod-FM Jones, Gentles said poultry producer CB Group, whose holdings include the Imagination Farm in St Catherine, is also interested in a 10-acre pilot.

CB Group corporate affairs manager Dr Keith Amiel confirmed the plan, saying the pilot farm will be located on lands contiguous to Bernard Lodge, and that the company would be discussing the roll-out of the project this week.

Seprod CEO Richard Pandohie also said his company had signed off on a comprehensive agro-processing plan for a number of value-added products that it would unveil in June.

To this end, an MOU was signed with the Coconut Board in April, he said.

“The CIB will create a coconut ­corridor along the eastern part of the island and we will do the value-added for them. ­We will be looking at things like coconut water, coconut oil, and more. We will be their value added partner,” he added.

Seprod’s agro-processing plan covers other crops as well, he said, including cassavas, and that the programme would incorporate include lands belonging to both Seprod and FM Jones.

Gentles would not disclose the level of funding commitments and expenditures under the Coconut Board’s commercial plan to date, but says some of those funds are being poured into new irrigation systems at the Spring Gardens nursery in Portland, as well as a sump and pump house. Other nurseries, including Barton Isle in St Elizabeth and Plantain River in St Thomas, will be similarly upgraded.

“We have not fully signed off on the funding, but we are looking at outside funding,” Gentles said of the overall $3b programme. The board’s Seprod shares could possibly be used as loan collateral, he added. The shares are currently worth $7.3 billion.

“How we are going to do it, the exact mechanism? That is yet to be signed off on. We have a couple of options which will be reviewed by the board. The minister had indicated to us that the Seprod shares were no longer a part of any action to acquire the shares, and as such we are free to use the resource to raise capital as necessary,” the board chairman said.

Jamaica imported $1.3 billion (US$11.4million) of coconuts and coconut by-products to satisfy local demand in 2015 – the most recent data available to the Financial Gleaner – and the Coconut Board also wants to claw back that market.

The commercial plan is designed for execution over 10 years, and is designed around an internal rate of return of 29.1 per cent. Gentles said the plans for financing and fundraising were now under review, when asked how much of the project cost the board itself would take on.

Under the current effort, the 40-acre Spring Gardens nursery will increase capacity from 27,000 seedlings per year to almost 80,000 seedlings.

“The production bottleneck in the coconut industry is what we are focused on now,” Gentles said. “There were several large projects which were put on hold simply because of our inability to supply seedlings.”

The schedule for the roll-out of the different elements of the $3b programme, he added, is also under review and is to be finalised.

Other private-sector entities with which consultations are ongoing include GraceKennedy and virgin coconut oil producer Michael Black Farms in St Thomas, Gentles said.