David Jessop | A more integrated approach to the environment required 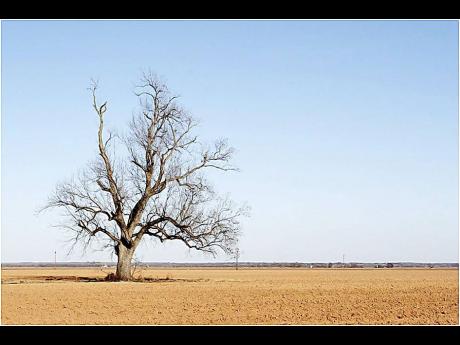 A few days ago, the United Nations published a document which indicated that historically unprecedented levels of human activity were causing dramatic changes to the variety of plant and animal life in the world.

The report said that that many species had become extinct over the past 50 years, and that up to one million of the remaining eight million varieties of life that account for biodiversity globally may disappear within decades.

The hard-hitting 1,500-page report, the 2019 Global Assessment Study was compiled by hundreds of international experts. Based on thousands of scientific studies it identified multiple human factors at work including the over exploitation of resources on land and in the sea, climate change, pollution, and changes in land use.

It indicated, for example, that globally 25 per cent of plant and animal species are vulnerable to extinction, and that a reduction in the diversity of cultivated crops and domesticated breeds of animals meant that farming will in future be less resilient to climate change, as well as to pests and pathogens.

The report detailed how plastic pollution has increased tenfold since 1980 affecting sea life and set out how increasingly the demand for food, energy and materials is at the expense of nature’s ability to continue to provide.

Introducing the study, which is intended to provide a scientific basis for policymaking, Unesco’s Director General, Audrey Azoulay, said that it put the world on notice that protecting biodiversity had become as vital a fight as that to address climate change. It was, she said, “our responsibility towards future generations”, adding that the report meant that “no one will be able to claim that they did not know”.

Such knowledge is of course important, but there remains a huge gap between awareness and the implementation of policies and remedial measures in biodiversity-rich regions such the Caribbean. This is because developing nations often reach less than satisfactory compromises between the need for investor-led development, economic growth, and local concerns about protecting what makes a country or region environmentally special.

Last November the Caribbean published its own biodiversity study. Although scarcely noticed, it assessed the progress and difficulties the region is experiencing in trying to move towards achieving each of the 20 global biodiversity targets agreed in 2010 in Aichi in Japan.

As The State of Biodiversity in the Caribbean Community explains, the main threats facing the nations of Caricom are the destruction and fragmentation of plant and animal life due to increasing urbanisation, the conversion of lands for tourism and commercial development, and the expansion of agriculture.

Such challenges it notes have been exacerbated by the rapid growth of populations and increased economic activity, as well as by climate change in the form of ocean warming, more intense hurricanes and severe drought.

In an indication of how difficult to resolve the biodiversity challenges set by the UN will be, the Caribbean’s report notes that conservation and sustainable management of biodiversity in the region is often hampered by the competing goals of economic growth and national development.

What the Caricom review suggests is that while the Caribbean is of global significance when it comes to biodiversity, there is an unresolved tension between what is desirable ecologically and the need for development.

That is to say, the region has yet to fully address the necessary trade-offs between the environment, the requirement of governments for revenue, the private sector and international investors for profit, and pressure from growing populations for economic and social development: all of which is to say nothing about the impact of avarice.

Greed apart, the characteristics of this far from easy to resolve conundrum can be seen in the detail of the Caribbean’s review document and its recommendations, for example in relation to land clearance subsidies for agriculture, and role of the private sector and tourism.

On subsidies for land clearance it notes that reduced land taxes for productive agricultural lands and subsidised fuel and pesticides are leading to increased forest clearances and degraded soils.

Such efforts to stimulate sectoral growth and productivity, the report observes, are creating unfavourable conditions for Caribbean biodiversity. It attributes the problem to the fact that most incentive and subsidy mechanisms do not fall under the direct control of ministries responsible for biodiversity management, and that progress on biodiversity targets are “limited by the constrained fiscal conditions prevalent in the region”.

The Caricom review also observes that although tourism is the leading contributor to GDP in many Caricom countries, inadequately regulated and managed it can cause major pressures on and damage to ecosystems and the ability of the sector to provide services, including those necessary to attract tourists and tourism investment.

The review makes several recommendations including the need for stronger regulatory and institutional frameworks for the environment; mechanisms to ensure compliance; greater availability of resources; improved coordination between government agencies and with the private sector; and the need to mainstream biodiversity awareness across economic sectors and business.

Despite the importance of addressing such issues in the Caribbean and globally, it is hard to avoid the conclusion that achieving full implementation of what was agreed in Aichi nearly a decade ago will be very difficult.

Not only do vested commercial interests stand in the way in the region and elsewhere, but the pressure they are able to exert can be hard for politicians to resist in financially under resourced nations that continue to need investment and sustainable employment.

As with climate change, satisfactorily addressing biodiversity requires more than talk, consensus and the adoption of reports, especially when there are states that reject interdependence and pay as little attention to the environment and the impact of climate change as they do to inequity and social justice.

Thankfully, however, much of the Caribbean thinks differently about both the environment and its social commitment and is still one of the world's greatest centres of biodiversity.

And that is why the region ought to be emphasising action, and how with support it intends to deliver an integrated response to the now well documented biodiversity and other environmental challenges it faces.