Tullow wants to drill for oil in 2020 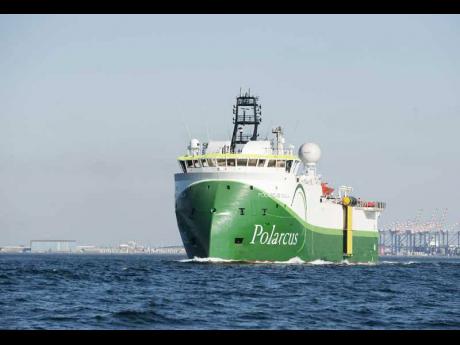 The Polarcus Adira, the state-of-the-art vessel which was used by Tullow Oil to carry out Jamaica’s first-ever oil and gas exploration 3D Seismic Survey in 2018.

Tullow Oil wants to drill for oil in select countries next year, including Jamaica, where it recently concluded a 3D seismic survey with promising results.

The preliminary findings of the survey indicate there is a one-in-five chance of finding oil in commercial quantities off the coast of Jamaica.

“Tullow continues to work up prospects to compete for capital for drilling in 2020 and beyond in Mauritania, Côte d’Ivoire, Jamaica, Peru and Suriname,” said the United Kingdom-based company in its late April trading update to investors.

Tullow Oil and its current exploration partner United Oil & Gas conducted a 3D seismic survey to map the ocean floor to better determine whether key substances detected in earlier surveys of 2,200 square kilometres of water were in fact oil.

The Petroleum Corporation of Jamaica (PCJ) is yet to respond to queries on whether Tullow would need an additional licence to start drilling.

In February, the Financial Gleaner reported that the prospects for finding oil in Jamaica had increased from 16 per cent to 20 per cent, based on an independent oil report which utilised Tullow’s 3D data.

The 2019 report also upsized the 2017 baseline estimates of the quantity of possible oil reserves from 219 million barrels to 229 million barrels. The independent assessment, described as a Competent Person’s Report, was prepared by ERC Equipoise Limited and covered the Walton-Morant block offshore Jamaica. United Oil & Gas added that 229 million barrels should be seen as adequate particularly for medium-sized firms to drill.

Tullow paid US$128,000 to Government for the right to explore, according to its 2018 annual report.

Offshore Jamaica has 31 blocks available for oil exploration, of which Tullow Oil has leased 10 blocks and a section of an 11th block. The Walton-Morant licence held by Tullow spans 32,065 square kilometres.

The remainder of the blocks are open to takers, with some offshore blocks currently under negotiation, PCJ has said.