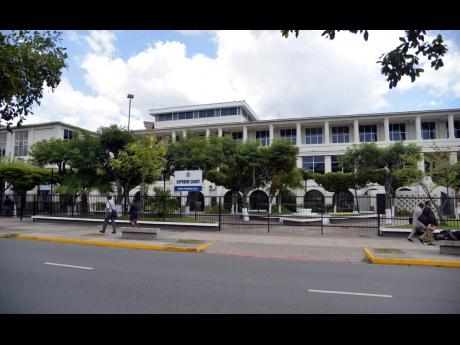 The Court of Appeal has upheld an award of more than US$940,000 – about J$128.3 million – against the Jamaican Redevelopment Foundation Inc (JRF) for breach of contract, the company having cancelled an agreement to sell property in Clarendon to a couple after they made a deposit.

The couple had requested an upsizing of the award to US$2.68 million, but that application was rejected.

In March 2011, JRF agreed to sell property at Woodleigh, Clarendon, to Clive Banton and his wife, Sadie, for US$225,000 after debtor HB Construction Limited defaulted on its ­mortgage payments.

According to the appellate judgement handed down earlier this month, the Bantons paid JRF the required deposit of US$22,500 and a further sum of US$52,500 based on the sale agreement.

However, two months later, on May 3, JRF wrote to the Bantons indicating that the company had no option but to cancel the agreement for sale because HB Construction had paid the outstanding mortgage sums owed.

JRF sent a refund cheque to the couple, which they returned uncashed. They then followed through with a lawsuit, ­claiming damages for breach of contract and an injunction barring the discharge of the mortgage on the land.

The core of their case was that JRF had wrongfully cancelled or purported to cancel the agreement for sale, and consequently, they had incurred expenses and suffered loss and damage.

Supreme Court Justice David Batts held that the cancellation of the ­agreement to sell to was a breach of contract and awarded the Bantons ­damages in the sum of US$940,908.80 with interest of one per cent from May 5, 2011 to March 20, 2015.

JRF appealed, arguing, among other things, that the award made to the Bantons was too high. However, the court ruled that there was no proper basis on which the award of damages could be reduced to US$30,884 as urged by JRF.

The Bantons filed a counter-notice of appeal seeking a variation of the order to US$2.68 million, saying the award was too low. Notwithstanding, in dismissing the appeal and counter-appeal, the judges said there was no basis for interfering with Justice Batts’ exercise of his discretion in making the award that he did.

According to the judgment, JRF at the start of the hearing of the appeal made an application to add an 11th ground of appeal in the terms that “the judge below was not impartial due to his bias”.

Attorney for JRF, Sandra Minott-Phillips, QC, contended that the basis for the application to add the proposed ground of appeal was that the judge, Justice Batts, had failed to specifically disclose that a year and a half before the trial of the JRF-Bantons case, he had appeared for Scotiabank Jamaica Trust and Merchant Bank Limited, the defendant in a claim brought by National Commercial Bank Jamaica and JRF.

She said JRF had secured a significant victory over Scotiabank in the sum of more than US$14.8 million. According to Minott-Phillips, the judge’s involvement in that case, as counsel, disqualified him from adjudicating in the JRF-Bantons case.

She argued that the judge had failed to disclose his involvement and that there was apparent and actual bias against JRF in the conduct of the case at trial.

However, the Court of Appeal refused the application.

Justice Marva McDonald-Bishop, with whom Justice Almarie Sinclair-Haynes and Justice Paulette Williams agreed, ruled that JRF had proferred no reason for failing to raise the issue with the judge at the time of the trial, which it had more than ample opportunity to do.

It was unacceptable, said McDonald-Bishop, for JRF to have waited until a decision adverse to it was handed down before raising the point of non-disclosure of a fact of which it had knowledge and alleging bias on the part of the judge.

Contacted on Wednesday to determine whether JRF will be appealing the case further, Minott-Phillips told the Financial Gleaner that she had no comment on the matter. Attorneys Emile Leiba and Jonathan Morgan represented the Bantons.

JRF is a debt-collection agency that acquired the portfolio of distressed debt sold by the Jamaican Government in the aftermath of the 1990s financial meltdown.