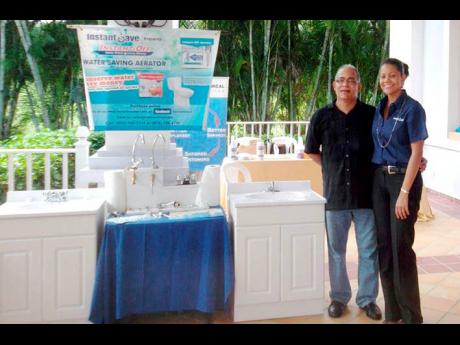 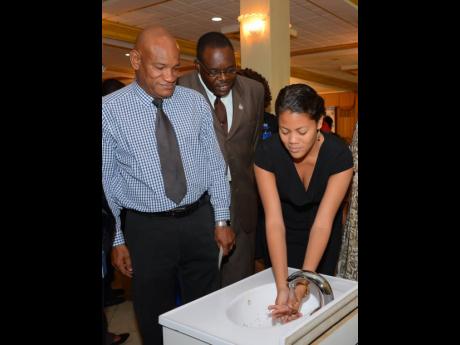 Instant-Save Conservation Solutions Jamaica Limited, a five-year-old company that distributes water-saving technology, is about to venture into Barbados.

Talks are under way for the expansion, which is expected to cost the company $6 million, says CEO Leanne Spence, who heads the company with her father Richard Spence.

It’s being funded by a mix of commercial bank debt and a recent IGNITE grant from the Development Bank of Jamaica.

The Spences entered the water tech market after water challenges at The Deck, a restaurant and bar business owned by Richard. The company was formed in 2014 with a few pilot cases, but got off the ground a year later in 2015. Instant-Save now distributes water-conservation plumbing fixtures, offers plumbing services, and consults on water usage assessments and property inspections. It will add leak detection to its services in August.

The Spences poured $7 million into the start-up, which now employs four workers, including one part-time.

“We became profitable in year three, 2018, due to increased customer confidence in our product and service offering,” said CEO Leanne Spence. “Major restaurant chains in Jamaica got on board.”

The company, the CEO estimates, currently has less than one per cent of the market, but has plans to grow. She did not comment on the amount of revenue the company generates, but said sales grew 10 per cent last year and is projected to grow 25 per cent this year.

Instant-Save’s clientele includes owners and property managers of high-density commercial and residential properties who are seeking to reduce water wastage and reduce their operating expenses, thereby reducing water and energy costs to improve their financial position and increase water availability.

“Water conservation is interconnected with energy conservation: the more water is saved, the more electricity saved and the more money saved,” said Spence.

As such, she added, the water sector ought to be treated much the same as the energy market, with duty concessions on specifically rated high-efficiency equipment and support in accessing inexpensive finance to encourage investment in water efficiency.

Water consumption in the average restroom or bathroom can be reduced by up to 50 per cent, she added.

“When we reduce the demand for water from our storage facilities, we are increasing the overall water availability, reducing the energy needed to treat and move the water, while achieving greater climate change resilience,” said the water entrepreneur.

Spence added that 70 per cent of the average daily consumption is assumed to be used in bathrooms and restrooms, which converts to 251 litres per person per day, or overall consumption of 718 million litres of water per day.

“Adoption of high-efficiency, water-saving technologies can achieve savings of 30-50 per cent. Using an average saving of 40 per cent, Jamaica can save 287 million litres per day,” she said.

The projects completed by Instant-Save in 2018, she added, led to water savings of 25 million litres, and cost savings of $9 million. Clients with sewerage hook-ups, she reasoned, would have doubled those savings as they are billed twice as much by the NWC.

The company’s larger plan for expansion includes offering leak-detection and monitoring services, and going after more clients to increase its footprint in residential and commercial markets in Jamaica and the Caribbean.

Through the push into Barbados, the company will distribute to other Caribbean countries. Its network there is expected to mimic the Jamaican model where local partners, including plumbing stores, are supplied from a central sales point and showroom. The Jamaican sales centre is at Haining Road in New Kingston.