First Heritage wipes out its deficit 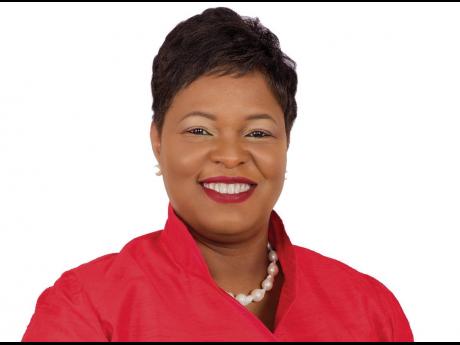 First Heritage Co-operative Credit Union, FHC, doubled its surplus, set a new record and wiped out its deficit, all in a single blow.

For CEO Roxann Linton, FHC’s performance in 2018 is affirmation of her bet that teamwork and relationships can lead to big pay-offs.

“Without that relationship and engagement with our members, we’re always at risk, especially in the environment that we’re in now where you see increased competition. We think that the ultimate differentiator is how we serve, engage and understand our members’ needs by anticipation,” said Linton.

In its newly released annual results for year ending December 2018, FHC, Jamaica’s No. 4 credit union, reported a surplus of $241.4 million, more than double the $100 million made in the previous year.

In 2016, FHC, having gone through a period of financial contraction, had racked up deficits of $189.68 million, which the past two years of surpluses have now erased.

FHC came out of a series of mergers, starting with the combination of a number of church credit unions which merged in the 1980s to create Churches Co-operative Credit Union. Churches then merged with GSB Credit Union, a saving institution for government workers, to form FHC in 2012 and had its final tie-up with St Thomas Credit Union in 2015.

Linton subsequently succeeded Basil Naar as CEO and was tasked on entry to stem the losses and lead a turnaround. Having wiped the slate, she now says it’s time to go head-on with the competition. The market has around 26 credit unions.

“What you’re seeing now is the culmination of a process of engagement at a number of levels to include membership and the team. At the same time, we must say that it is a process rather than a destination. We still have to focus on improvement so that we can meet the competition,” Linton said.

The surplus last year came on the back of a 30 per cent increase in interest earned from loans, from $1.04 billion to $1.34 billion at the end of 2018. Linton says having designed products that members said they wanted, loan disbursements grew by more than $1 billion to $4.76 billion last year.

FHC’s loan book is now valued at $8.04 billion. But on the downside, it also has much larger loan impairments that have tripled from $31.65 million to $107.37 million due to reclassifications mandated by new accounting rules.

“IFRS 9 is a stricter standard for provisioning and as such … it affected the bad-debt numbers,” the CEO said.

Loan delinquency, which has been a big drag on the credit union’s bottom line, is down from 14 per cent in 2016 to 8.42 per cent in 2018 – an outcome Linton credits to a dedicated team of seven persons who were tasked to engineer a turnaround.

“We brought them in, trained them and that cadre of persons that we started out with in 2017 remained, although we’re experiencing the reduction,” she said.

FHC is targeting a further shrinkage in the delinquency ratio to seven per cent delinquency for 2019. That’s still two percentage points above the industry benchmark of five per cent, but Linton says FHC’s current focus is on attainable targets.

“Indeed, it would be a stretch target that we may want to pursue. But I think that if we get down to seven per cent, it would make a lot of our stakeholders happy, and we’ll continue to work towards the five per cent,” she said.