Insurance plan for energy providers in the works 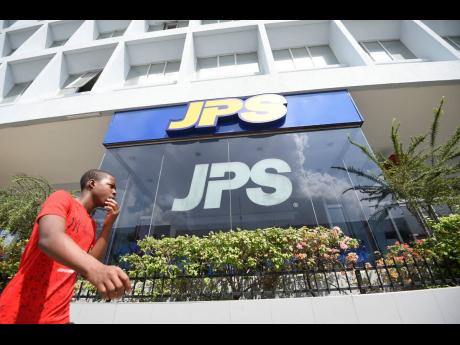 A man walks by the Jamaica Public Service building in New Kingston on Tuesday, May 7.

CEO Isaac Anthony argued that vulnerable groups, such as fishers and farmers, tend to be hardest hit by natural disasters and often cannot, or do not, qualify for insurance, while the assets of energy companies such as Jamaica Public Service Companies, JPS, are always exposed to the elements and have to finance their recovery from a restricted fund.

“It is important for that particular sector to be up and running as quickly as possible after a disaster,” said Anthony. “So, we are currently doing modelling with CARILEC, which is the regional umbrella body for energy utility companies, and we also intend to expand that to the water and even telecoms sectors as well,” he said at the World Bank’s Understanding Risk Caribbean Conference in Barbados.

The dialogues and activities at the conference will lay the foundation for the decisions and actions to be taken during the 11th Caribbean conference on comprehensive disaster management towards the end of this year.

“Insurance is a complement to rather than a substitute to countries’ investments in disaster risk management. This is one of the misconceptions; the perception that CCRIF was a silver bullet. The fact is that CCRIF is one tool,” Anthony said.

Utility providers within the hurricane belt have largely been unable to buy insurance due to the high risk. Providers such as JPS have created a self-insurance fund to address damage affecting its transmission and distribution network. The Jamaican power utility is regulated by the Office of Utilities Regulation, which approved the establishment of a disaster recovery fund as part of the JPS tariff structure in June 2004. The fund, along with customer security deposits, falls under restricted cash items on JPS’s balance sheet.

The JPS fund, which aided it its recovery from hurricanes Sandy and Ivan, was estimated at US$41.3 million up to December 2018, which represents just about 7.0 per cent of the US$580 million in fair value of JPS’s transmission and distribution network along with its generation asset base.

The Financial Gleaner awaits a response from JPS on its view of the insurance proposal.

“We are introducing drought products, but also expanding scope by investing in our own custom risk models and risk visualisation platform for the region. We will support this by adding even more new products, such as fisheries, in collaboration with the World Bank and other departments for a product called COAST, aimed to enhance fisheries and agriculture in the Caribbean,” said the CCRIF chief executive at the Barbados conference.

In April, CCRIF and the Caribbean Regional Fisheries Mechanism signed a memorandum of understanding to reduce the risk that climate change poses to food security and nutrition in the fisheries sector. Under the agreement, the parties will finalise the design and launch of COAST, offer microinsurance to fishers, and roll out an awareness campaign about the programme throughout the region.